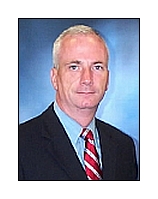 Frank E. Rodgers, MA, Consultant to the Center, retired as the Deputy Superintendent of the New Jersey State Police in 2007 at the rank of Lt. Colonel after twenty-five years of service. While serving in the second highest ranking position in the largest police department in the State of New Jersey, he led the Investigations Branch which consisted of in excess of 900 detectives, analysts and scientists assigned to 57 different units with an annual budget of in excess of seventy-five (75) million dollars.

A strong advocate of police professionalism, strategic planning and accountability, he initiated and directed a complete restructuring of the organization’s investigative assets predicated on the principles of “Intelligence Led Policing”. During his tenure as the Deputy Superintendent of Investigations, he directed the development of a Manual on Intelligence Led Policing which was published by the Manhattan Institute and has been adopted by the United States Department of Justice as a model for conducting law enforcement operations.

Following his career with the State Police, he was appointed as the first Director of the newly formed New Jersey State Park Police in the Department of Environmental Protection. During his tenure in that position, he developed the force of 110 officers who are responsible for protecting the eighteen (18) million annual visitors to the state’s fifty-one (51) parks into a New Jersey State Chiefs of Police Accredited and CALEA Nationally Recognized agency.

Lt. Colonel Rodgers (Ret.) holds a Master of Arts Degree in Education from Seton Hall University and is a graduate of the FBI National Academy. He is the co-author of a comprehensive published history of the New Jersey State Police and is the recipient of the organization’s highest award, the 1990 Trooper of the Year for his undercover investigative work. 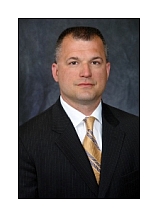 Vance J. Mattis, Consultant to the Center, retired in 2008 from the New Jersey State Police at the rank of Lieutenant after twenty years of service. Immediately prior to his retirement he commanded the New Jersey State Police Training Bureau’s Law Enforcement Science Unit. Prior to his assignment to the Academy in 2003, he spent fifteen years within the organization"s Field Operations Branch, which culminated with his position as a Tactical Patrol Supervisor on the New Jersey Turnpike. During his five year tenure at the Training Bureau he was assigned to different leadership positions within the Executive Development Training Unit and the In-Service Training Unit, all while Federal Consent Decree compliance mandates were in place.

Mattis has extensive experience in teaching, training development, needs assessments, leadership development, strategic planning, in-service training, measurement of training, and the principles and utilization of Return on Investment. He was also directly responsible for the development of the New Jersey State Police Strategic Planning Model and its implementation organization wide in 2005.

During his tenure within the Executive Development Training Unit, Mattis developed and delivered rank specific supervisory training for the ranks of Sergeant through Lieutenant Colonel. In 2004, he co-authored a cutting edge Lieutenants Course that was held at both Princeton University and the Gettysburg Battlefield. In 2005 and 2006, he was directly involved with the development of all annual In-Service Training Products delivered to the 3000 members of the State Police. In 2007 and 2008, he held the position as Unit Head for recruit training at the New Jersey State Police Academy for two recruit training classes.

Following his retirement he started a law enforcement consulting company which is involved in many law enforcement enhancement initiatives in New Jersey. Mattis serves as the Course Coordinator and Primary Instructor for the New Jersey State Association of Chiefs of Police Front Line Supervision Program, and has developed and delivered leadership training for the New Jersey Regional Intelligence Academy (RIA).

Mattis holds a Master of Administrative Science Degree from Fairleigh Dickinson University, a Bachelor of Arts Degree in Criminal Justice from Seton Hall University, and an Associate of Arts Degree in Law Enforcement Science from Mercer County Community College. He is a graduate of the F.B.I. Instructor Development Training Course, NJSP Instructor Training Course, and the Penn State University Justice and Safety Institute Instructor Development Training Program. He is also a member of the American Society for Training and Development (ASTD), and the Association of Certified Fraud Examiners (ACFE). 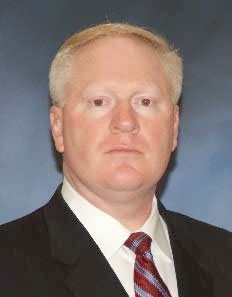 Mr. Philip M. Coyne, retired at the rank of Major from the New Jersey State Police in 2012 after 25 years of service. While serving as director of the New Jersey Regional Operations and Intelligence Center (ROIC), the State fusion center, he led a task force comprised of law enforcement professionals from federal, state, county, and local agencies. He had oversight of a team that was responsible for delivering tactical and strategic intelligence products to all law enforcement and private sector organizations in the State, as well as timely situational awareness reports for all type of crimes, threats, and hazards. Prior to leading the fusion center, he was the Executive Officer of the Office of Professional Standards (OPS) and was the Division Criminal Investigations Officer. In his role in OPS, Mr. Coyne (Ret.) directed internal investigations, inspections, and audit functions for the State Police. In his role as the Criminal Investigation Officer for the Field Operations Section, Major Coyne (Ret.) oversaw the activities and investigations conducted by detectives from approximately thirty stations, and served as the primary liaison between the Field Operations Commander and Deputy Superintendent of Investigation.

Other notable assignments Mr. Coyne served in included being Commandant of the New Jersey State Police Academy for two years. While leading an academy staff comprised of more than 60 sworn and civilian staff, he was responsible for the oversight of training development and the delivery of programs for the entire organization. In that capacity he was the Superintendent's representative for critical matters of interest with the State Attorney General's Office and the Police Training Commission (PTC). As Commandant, he directed the update, restructure and delivery of a new recruit-training curriculum. Incorporating best practices in law enforcement training, Major (Ret.) Coyne supervised the creation of the Recruit Capstone Experience, a revolutionary program that was designed to demonstrate the effectiveness of the academy program through the integration of simulated, though operational patrol scenarios.

Since retiring from the New jersey State Police Mr. Coyne has consulted and trained police agencies on topics including ethics, executive and front line supervision, decision making, and strategic planning, and provided a police cultural assessment for a recently consolidated department. He served as the Interim Security Director of the Liberty Science Center in Jersey City, NJ, and provides litigation support and consultation for police policy, practices, and procedures.

Mr. Coyne holds a Bachelor's degree in Criminal Justice from The College of New Jersey, and a Master's degree in Education, and a certificate in human Resources Training and Development from Seton Hall University. As a New Jersey Police Training Commission certified instructor, Mr. Coyne has lectured to state, county, and local law enforcement officers in training programs throughout New Jersey. Mr. Coyne has developed and delivered training programs for colleges and universities since 2002.

John H. White, PhD, Fellow, began his career in the Identification Division of the Federal Bureau of Investigation (FBI) before continuing his law enforcement endeavors as an investigator sergeant for the Dallas, Texas Police Department, where he worked in patrol, the Psychological Services Office, and the Fugitive and Special Investigations Division. After receiving a Ph.D. from the University of North Texas, Dr. White began teaching at The Richard Stockton College of New Jersey where he developed forensic psychology tracks for the criminal justice and psychology programs. He is a licensed forensic psychologist in New Jersey where he specializes in the evaluation and treatment of sex offenders, including those who commit Internet crimes and sexual homicide. He also conducts competency tests and insanity evaluations for those standing trial. He has been asked to consult with local law enforcement regarding crime reconstruction and he is the psychological advisor to Atlantic County’s Crisis Response Unit. He has been qualified as an expert witness in both Federal and state courts. He has published several articles pertaining to developmental aspects of sex offenders and serial murderers. He has been inducted into the Vidocq Society in Philadelphia, an organization that meets once per month to discuss cold case homicides.