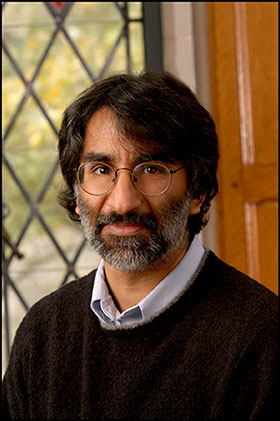 The Supreme Court & the Constitution:
What's at Stake in the 2016 Election

Akhil Reed Amar is Sterling Professor of Law and Political Science at Yale University, where he teaches constitutional law at both Yale College and Yale Law School. His work has won awards from both the American Bar Association and the Federalist Society. He has been favorably cited by Supreme Court justices across the spectrum in over 30 cases and he regularly testifies before Congress at the invitation of both Republicans and Democrats. He has written widely for popular publications such as The New York Times, The Washington Post, and the Los Angeles Times. He was an informal consultant to the popular TV show, The West Wing, and his work has been showcased on more recent TV shows such as The Colbert Report and Charlie Rose. Professor Amar is also the author of several books on the constitution. His new book, The Constitution Today: Timeless Lessons for the Issues of Our Era, is being published in September 2016, just in time for the election.

Sponsored by the Political Engagement Project/American Democracy Project, the Office of Service-Learning and the Office of the Provost