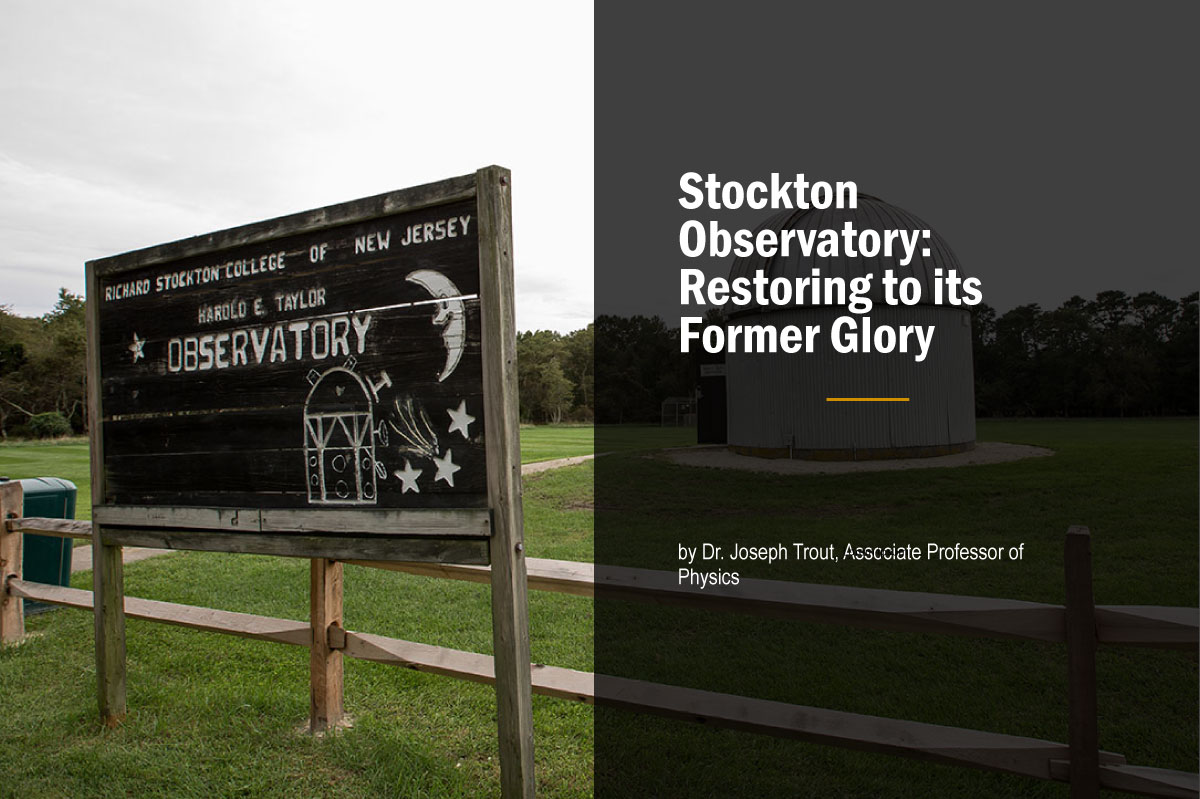 For several years, the Harold E. Taylor Observatory at Stockton University has lay dormant; that is until 18 months ago when a senior physics student, Miriam Saad, reached out to Joseph Trout, associate professor of Physics, about the possibility of reopening the observatory.  The last time Trout was in the observatory was 1986, as a then-Stockton Stage College senior physics student, to view Halley’s comet, which is visible from earth approximately every 75 years.

REU Grant obtained to purchase updated camera and guidance system with plans to reopen to the public in October 2019.

The first day that Saad andTrout entered the observatory, they found the telescope in disarray, laying on its side, with several pieces missing. Undeterred by the problems they would face, they began the project of troubleshooting and reassembling the telescope. One of the first two hurdles they had to overcome was a lack of documentation and a broken Hall effect transducer used to control the position of the telescope.

Normally, replacing the transducer would be a fairly simple task, that is, if the transducer was still manufactured. Sadly, it is not. Saad and Trout researched several transducers, and were able to find a suitable replacement. They continued to work through several other problems, until Saad graduated. 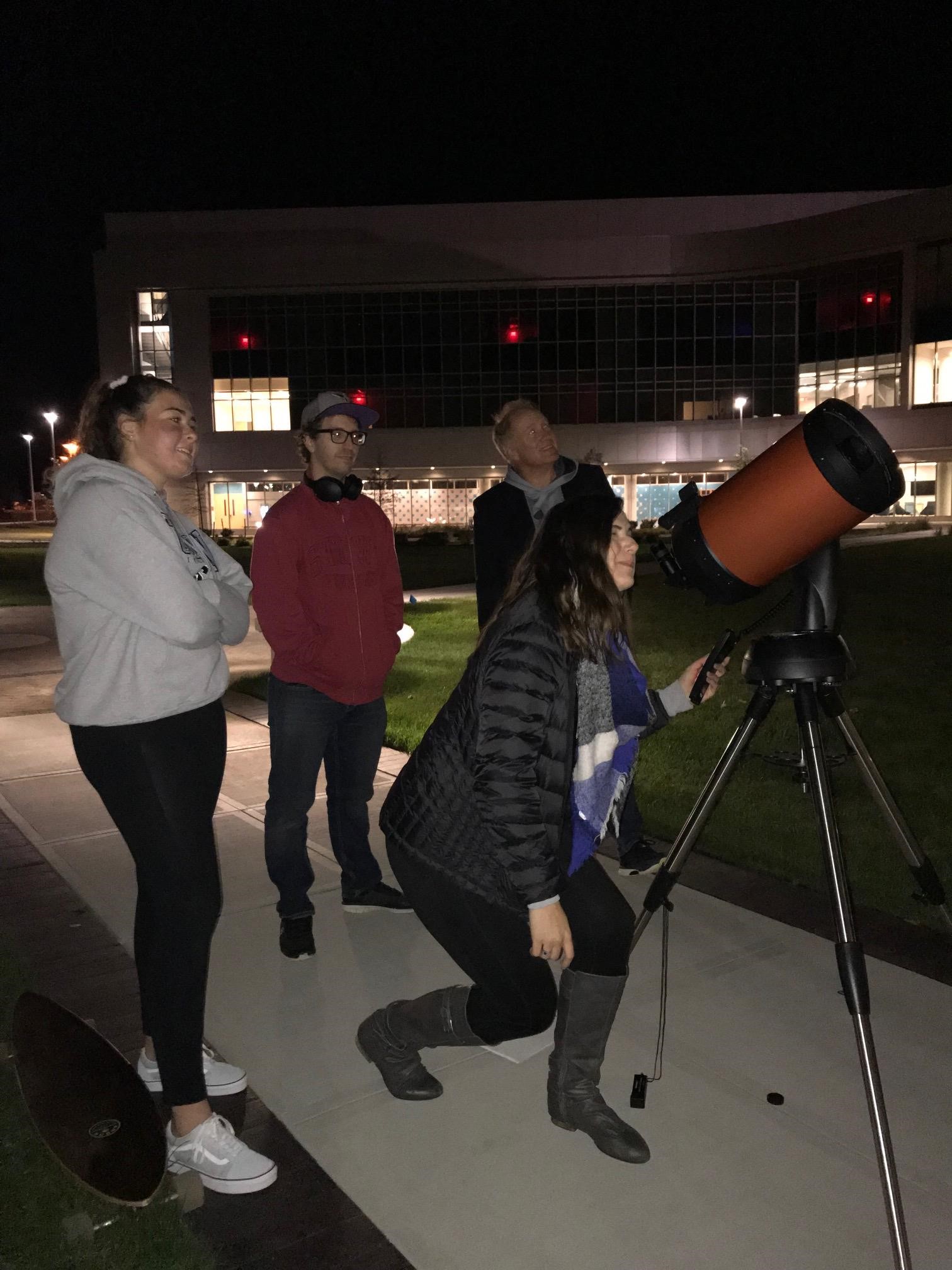 Two other students, Briena Feltner and Patrick Cocola, have picked up the project under the direction of Trout, and most recently, three additional students, Colleen Lindenau, Gracie Buondonno and Cortney Weber, have joined the group.  After a lot of research, hard work, long hours, and tenacity of Trout and his group, the telescope is partially assembled and ready to be tested.

Between working at the observatory, the group has been learning about the operation and management of the telescope with a smaller telescope purchased with an REU grant obtained by Saad and Trout.  An updated camera and guidance system is being purchased with an REU grant obtained by Feltner and Trout.  Although there is still much work to be done, the group hopes to begin public viewing in October 2019. 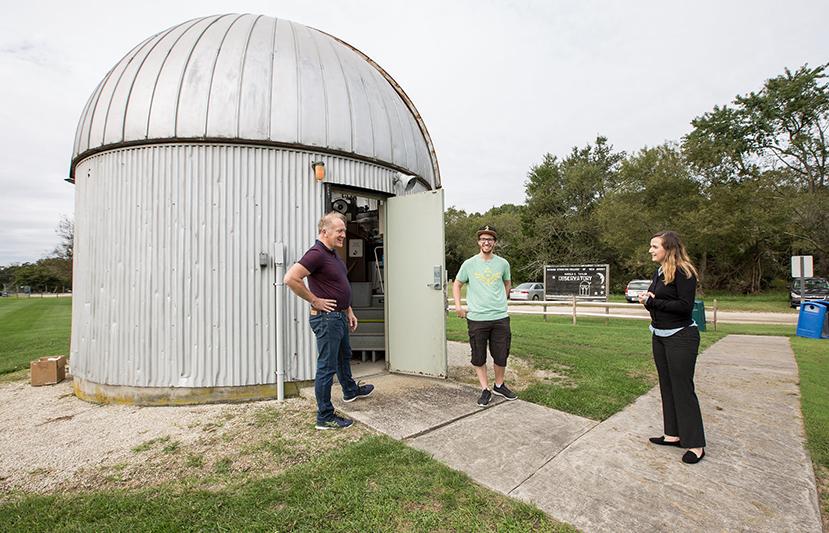 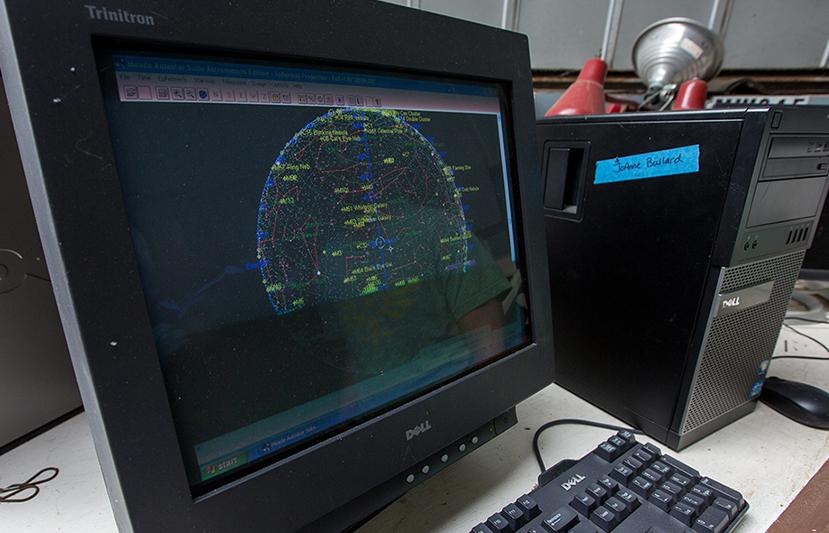 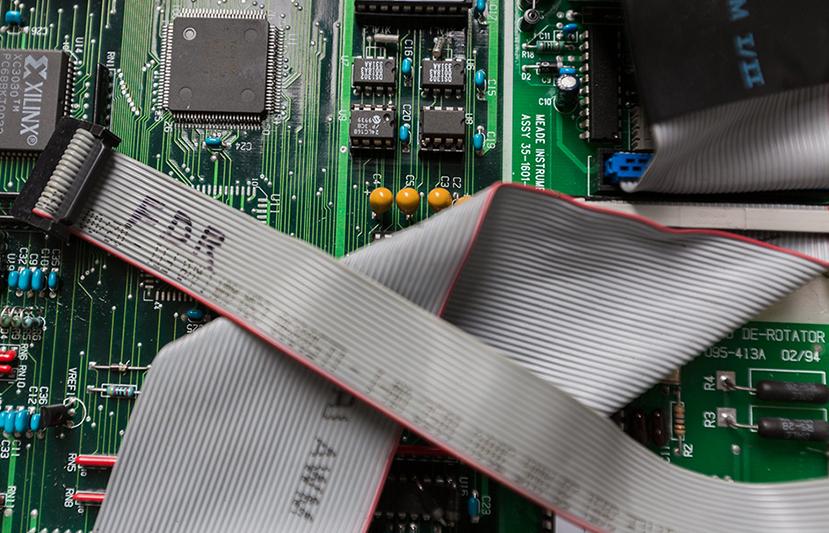 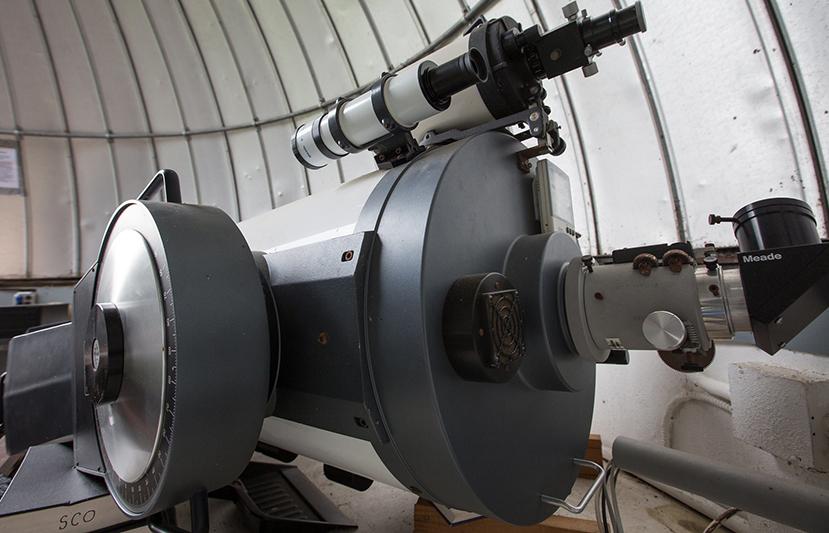 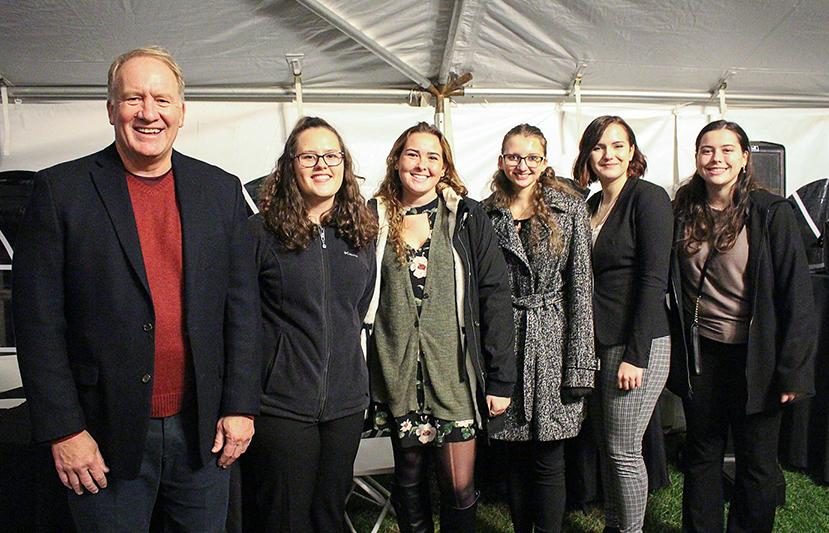 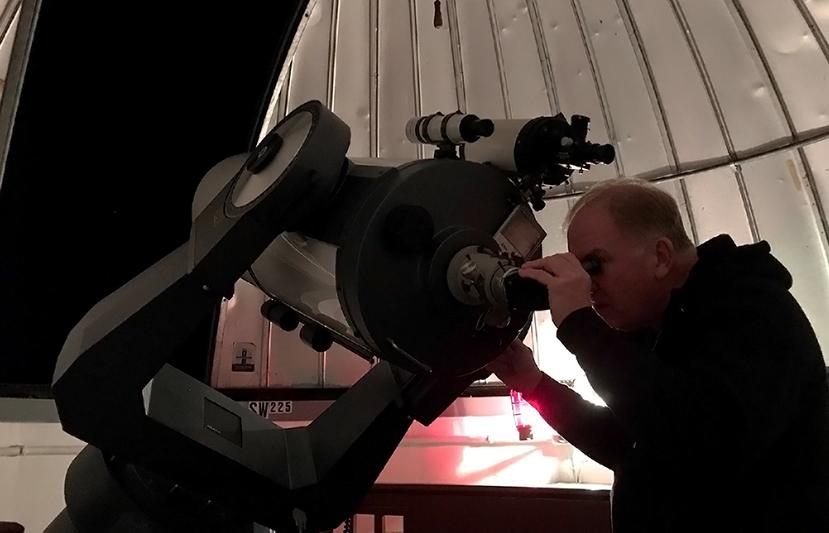 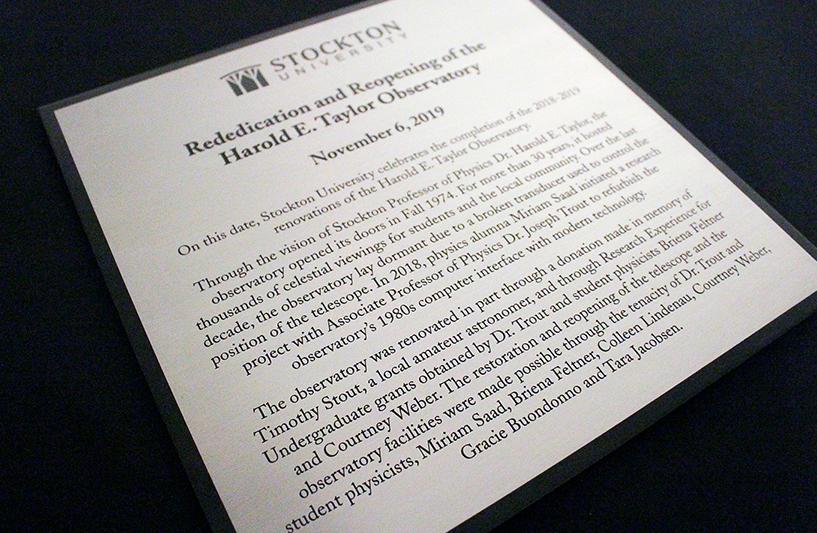 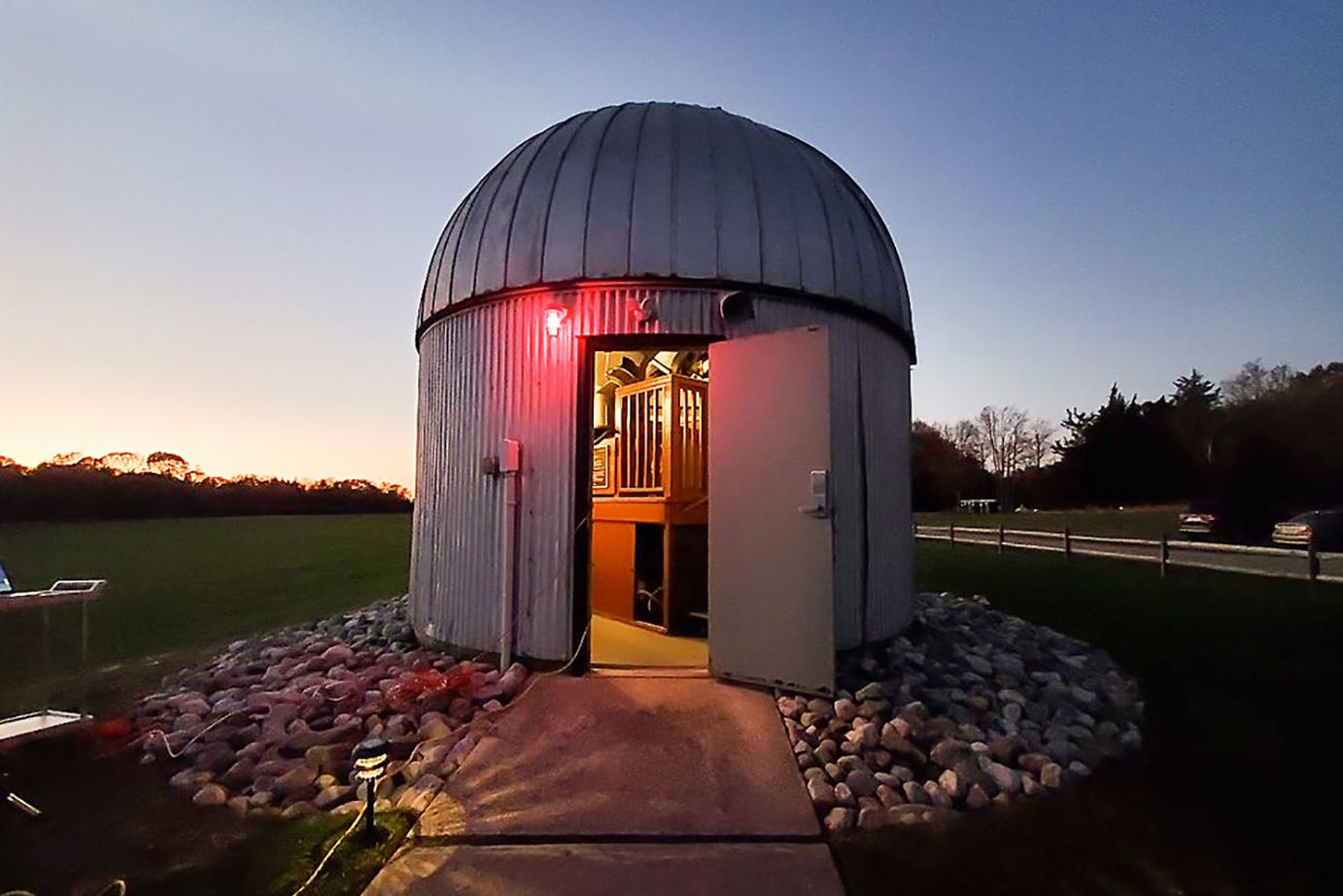 The optics of the telescope appear to be in good condition and hopefully the work on the electronic control circuits will make the telescope fully operational.  Either way, the group is researching grants, and other avenues, to finance the updating and/or replacement of the telescope.  The observatory is named after Harold E. Taylor, a former Stockton professor and Trout’s preceptor during his undergraduate days at Stockton. Taylor was responsible for the building and operation of the telescope. The repairs have been completed, in part, with the help of a donation made by David Stout, who made the gift to Stockton in memory of his son, Timothy, who was an amateur astronomer.  This gift is helping Stockton students reach for the stars.

Service Learning and Active Learning in a Physics I Course