Stockton President Harvey Kesselman thanked guests, sponsors, and donors for their support, both at Gala and throughout the year. 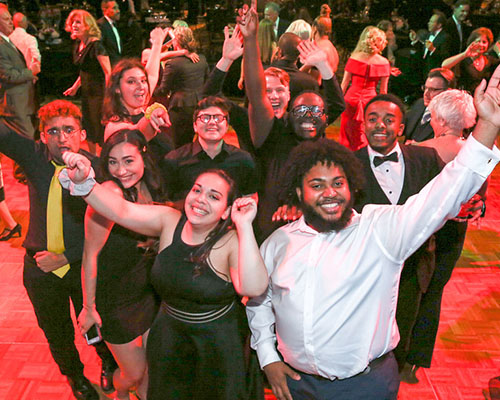 “Because of your generosity and because you know that an investment in scholarship funds is an investment in our future, Stockton can prepare more students to lead the way, as innovators, educators, critical thinkers and problem solvers for a better tomorrow,” Kesselman said.

Net proceeds from the event support the Stockton University Foundation Benefit Gala Endowed Scholarship Fund, which provided more than $123,500 in scholarships to over 115 students last year.

Several students who have received scholarships from the gala fund attended the event Saturday.

Nilanjana Das will graduate in May 2021 with a degree in Marine Science and Biology. Her scholarship allowed her to participate in several scientific research activities outside her academics.

“The experiences I’ve gained through my scholarship opened up a lot of doors that will help me in my future career and prepare me for graduate school,” said Das. “I’d just like to thank the donors of that scholarship for making these opportunities possible.”

Daniel Nugent, chief development officer and executive director of the Stockton Foundation, thanked donors, the gala committee, volunteers, and all who assisted in making the event a success. He also underscored the value that the Gala brings to students and Stockton.

“In addition to having a great time, we’re raising money to support some incredible 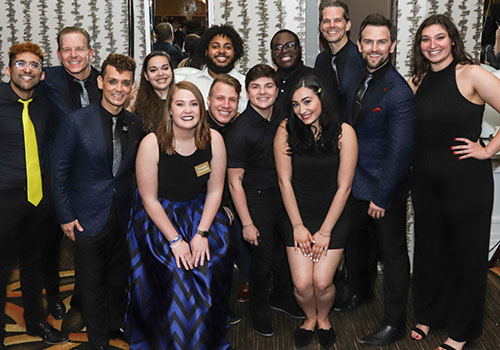 students,” he said. “In my role I’m fortunate to have the opportunity to interact with many of the students who benefit from our Foundation scholarships – they are truly impressive.”

Guests began the evening with a cocktail reception featuring Stockton-inspired cocktails in the Osprey Signature Lounge, specialties from the Beer and Spirit Garden, hors d’oeuvres, carving stations, a raw bar, and decadent desserts.

The Philadelphia String Quartet kicked off the evening’s entertainment followed by a performance from Stockton a capella group, Stockapella. Guests then packed the dance floor for a lively performance by The Midtown Men – featuring four stars from the original cast of Broadway’s Jersey Boys. DJ Blaze followed The Midtown Men and kept guests dancing well into the evening.

Throughout the evening guests bid on several auction items, including this year’s newest addition, the Ultimate Tour of Atlantic City, which included gifts valued at $3,000.

Primary partner for this year’s event, Tito’s Handmade Vodka, once again agreed to match the first $10,000 raised through the auction, while the International Brotherhood of Electrical Workers Local 351 signed on as this year’s Platinum Record Sponsor.