Galloway, N.J. - The public is invited to “Remembering Elie Wiesel,” a program on Tuesday, Aug. 9, at 7 p.m. honoring the memory of Wiesel, the Nobel Laureate best known as a witness and survivor of the horrors of the Holocaust.

Wiesel, who died on July 2, was an internationally renowned author, professor, leader and activist for human rights throughout the world. His memoir, “Night,” tells of his experiences, along with his father, in the Nazi concentration camps at Auschwitz and Buchenwald in 1944 -1945.

The Sam Azeez Museum of Woodbine Heritage and The Sara and Sam Schoffer Holocaust Resource Center of Stockton University are co-sponsoring the program at the Milton and Betty Katz Jewish Community Center, 501 N. Jerome Ave., Margate, N.J. Seating for the event is on a first-come, first-served basis, with no tickets needed. 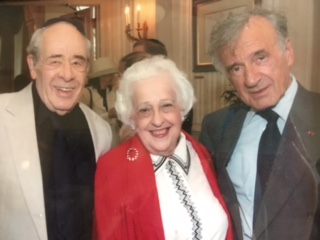 The keynote speakers will be Ellen Norman Stern, who wrote one of the few authorized biographies of Wiesel, and Michael Berenbaum, a world-renowned scholar and author who is the former project director of the U.S. Holocaust Memorial Museum in Washington D.C.

Stern’s book, “Elie Wiesel: A Voice for Humanity,” chronicles his remarkable life for young adult readers, including how he was one of only 400 children who survived Auschwitz.

Leo Schoffer, vice chair of the Stockton Board of Trustees, explained how Stern came to be involved with the upcoming event, which is co-sponsored by the center named for his late parents, who were Holocaust survivors.

“Ellen Norman Stern’s work was the first biography written about Elie Wiesel,” he said. Stern met Wiesel in New York, and found that they shared the goal that the Holocaust not be forgotten and that as survivors, they both needed to tell the story and work to ensure that other genocidal events are prevented, he said.

“She is very pleased to have the opportunity to share her reminiscences about Elie Wiesel with the community gathered at the JCC and very grateful to Stockton University’s Sara and Sam Schoffer Holocaust Resource Center for inviting her to participate in this evening of remembrance of Elie Wiesel,” Schoffer said.

Schoffer said he and his wife, Patti, have been friends with Stern’s son, Larry, and his wife, Marlyn, for decades and were together just after Wiesel’s death. “We all agreed that it would be very special if his mother, Ellen, would be able to speak to our community about her personal understanding of him and his lifelong work,” he said.

The Sara and Sam Schoffer Holocaust Resource Center is dedicated to commemorate the Holocaust and develop sensitivity and understanding by combating antisemitism, racism, hatred and oppression.  “It goes without saying that in today’s world, this mission needs to be in the forefront of our daily lives,” Schoffer said.

The Resource Center is world renowned for educating future generations through programs, exhibits, workshops and seminars to train those teaching the Holocaust. “This special program, 'Remembering Elie Wiesel,' is in keeping with the mission and work of the Resource Center," Schoffer said.

Students and educators from grades 4 – 12 and college who attend the event will receive a resource packet and a copy of Stern’s book. For New Jersey educators, 2.0 professional development hours are available. 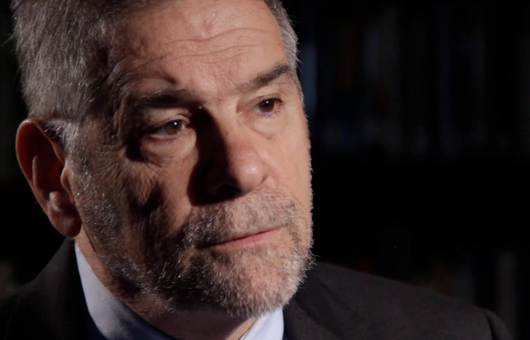 Berenbaum also has numerous ties to Stockton and the work of the center. He is a former Ida E. King Distinguished Visiting Professor at Stockton and has served as an expert guide for students, faculty and members of the community on European Study Tours of Holocaust sites.

Berenbaum served as deputy director of the President's Commission on the Holocaust, and director of the U.S. Holocaust Memorial Museum's Holocaust Research Institute. He is the author of 18 books, including, “The World Must Know, Anatomy of the Auschwitz Death Camp.”

He is a rabbi, professor, writer and filmmaker who co-produced the Academy Award-winning “One Survivor Remembers: The Gerda Weissmann Klein Story.” He also is executive editor of the “New Encyclopedia Judaica,” 2nd edition.

“Dr. Berenbaum is a spellbinding speaker,” said Gail Hirsch Rosenthal, director of the center. “He always has words of wisdom to impart and will share the lessons of Elie Wiesel’s life story which relate to educators, students and community members today.”