In her first year of graduate school, one of Laura Zucconi’s professors told her class that if “you care about who begat who in the Bible, you know you’re a biblical scholar.”  While researching her third book, Zucconi spent a lot of time analyzing the “begat lists.” “I was like, ‘I’m caring!’ It was nice to have that reaffirmation mid-career – that I’m in the right field, that I care,” she joked.

Laura Zucconi’s path to becoming a historian wasn’t a straightforward one, however, though her upbringing fostered the skills that would lead her there. “I was raised in this very interesting household. My mother started law school when I was about 5 years old. She had to balance going to school and raising me and my brothers, and so my bedtime stories weren’t Mother Goose but her case law. So I learned to be extremely logical in certain ways. My father (a retired OBGYN) just sort of had this scientist’s wonder and awe of the world and is also an artist, and through him I learned that,” Zucconi explained. Growing up, Zucconi’s mother wanted her to be an attorney. “It didn’t work. Both of my brothers became attorneys, but I didn’t,” Zucconi said.

Zucconi began her academic career studying pre-med like her father but found she enjoyed studying for Western Civilization more than for her pre-med course work. After she earned the highest grade on every exam, the professor hired her as a TA to teach his evening class. She ended up changing her major to history, earned her undergraduate degree at UC San Diego, and went on to complete her master’s in Medieval Studies with focus in History at the University of Connecticut. She returned to UC San Diego to do her doctorate in History with a focus on ancient Israel and the comparative history of Mesopotamia and ancient Egypt. 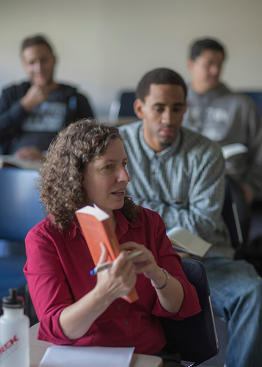 Zucconi’s dissertation, which became her first book, Can No Physician Be Found?: The Influence of Religion on Medical Pluralism in Ancient Egypt, Mesopotamia and Israel, was inspired by an experience working a copper mine archaeological dig in Jordan with a joint field school (UC San Diego, University of British Columbia, and the University of Bristol). When the excavation had an outbreak of amoebic dysentery, Zucconi noticed how “different groups responded to the illness and the preconceptions they had of what an authoritative healer was (hospital-based versus a village doctor). This area of the Levant was a crossroads in the ancient world. I wondered how they responded to illness given these different cultures.”  Zucconi developed a theory that the types of healers in Mesopotamia and Egypt were complementary rather than competing, and that there are two types of healers in the Bible, the prophet and the priest. “The priest makes these determinations, are you clean or unclean, because there’s a social aspect of medicine. It’s not just, ‘have you been physically cured of some sort of biological entity,’ but there’s social healing – will you be accepted back into the community? And we do that in the modern world: you’re not considered healed until you give your employer the doctor’s note. And that’s the role of the priest in the Bible.”

After her first book’s success, Eerdmans Publisher commissioned her to write an overall history of ancient medicine –Talmudic, Persian, Roman, Etruscan, Hellenistic, Classical Greek, Hittite, Israelite, Egyptian, and Mesopotamian. Published in 2019, Ancient Medicine: From Mesopotamia to Rome, argued that “science is not in competition with religion but actually comes out of religion, and how religion is very much a part of medicine, even today.” Zucconi reports that medical schools have also expressed interest in using select chapters to teach their students how to work with a patient’s religion beliefs, which “really do inform how people understand the universe working.” Talking to patients in ways that ground treatment in that understanding increases the odds of their compliance with treatment. “That’s what the book is trying to really get at,” Zucconi said. “Medicine is part of their overall conception of the universe in the ancient world.”

During the summers, a research fellowship at Wolfson College, as well as a fellowship from the McDonald Institute for Archaeological Research, both at Cambridge University, have also been crucial to Zucconi’s research. The fellowship has led to fruitful connections with academics in other disciplines. For instance, a conversation with a Nigerian biochemist who was trying to extract ingredients from plants used in Nigerian villages to spur bone growth in fractures led Zucconi to speculate that the ancient Egyptians had far greater contact with the Niger River Valley than previously thought, as they also used paste made from plants to aid with bone healing. “It’s that kind of environment that’s fabulous to work with. You have these great conversations and get all these ideas clicking,” Zucconi said. 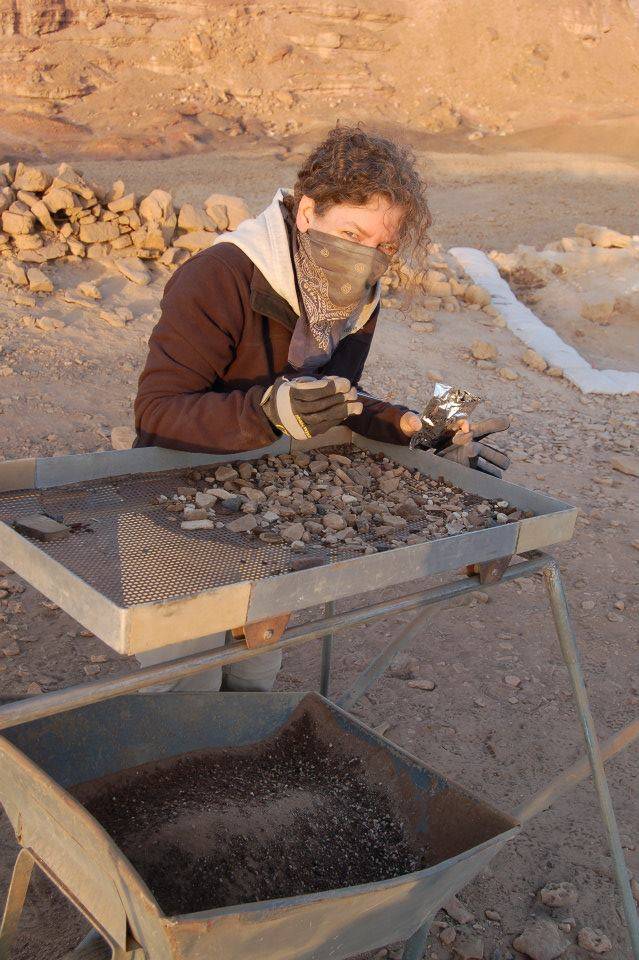 Zucconi is currently writing her next book, which is on the state formation of Edom in relation to copper mines in the Timna Valley. She described how reading the genealogy in the Bible led her to the book’s subject. “I noticed this figure Timna that changes gender and social status. Now, there are multiple authors to the Bible, and there actually is a region in modern Israel called Timna, which was the second largest copper mining region in the ancient world. So, the Biblical genealogies aren’t necessarily actual people. They can be names of regions or tribal confederations. I took the different time periods of the authors of the Bible when Timna is changing gender and I matched it with the time periods of the archaeology. I found out that when Timna is male, the mines are in operation and the local Canaanites control them. When Timna is a concubine, the mines are still in operation, but they’re dominated by a foreign entity, not the local tribes, and when Timna is a sister, the Canaanites have control of the area, but the mines are not productive. These are pastoral-nomadic cultures, so anytime in the ancient world you meet somebody, the first thing you do is give your genealogy. If you need to buy or sell copper and you hear the genealogy, you now know the political economic situation in that region before you head into it.”

When asked why students should consider majoring in the humanities, Zucconi argued that humanities degrees are invaluable for any career, especially medicine: “When you have a pure science background, you’re taught predictability. Medicine – the human body and how it reacts to injury, to disease – is not predictable. That’s why patient history is so important. You have to sift through what pertains to the diagnosis and what is a different concern.” A patient may not know something is a symptom or think something is a symptom when it is not, so it becomes a wild card as the physician tries to sort through all the information. “In the humanities you learn how to take two things that seem to have no relation to each other and find the commonality: what is the pattern between them and why is that significant? How to logically progress and express yourself clearly – all those skills are in the humanities. That’s the beauty of history. Everything has a history. If you learn that history and how to apply those skills to anything in the world, then you can have any job.”