Estimating the Impact of The Atlantic City Airshow

Each year the Atlantic City Airshow – the largest single-day air show in the nation – draws crowds of 500,000 to Atlantic City. These crowds have grown over the years as the Airshow has become a landmark event for the city and an important generator of visitation, visitor spending and recognition for the resort.

In 2019, the Greater Atlantic City Chamber of Commerce commissioned a study of the Atlantic City Airshow with the aim of measuring the economic impacts on the region that could be attributed to the 2019 ‘Thunder Over the Boardwalk’ event. In the Thunder Over the Boardwalk - Atlantic City Airshow 2019: Economic Impact Analysis - Update, Analyst Richard C. Perniciaro used attendee counts collected from several sources including the city’s Emergency Management Office, the military groups involved in the air show, the show’s Air Boss and the media; visitor profile information from the International Council of Air Shows (ICAS); and economic multipliers from MIG Inc. to estimate Airshow visitor direct spending and the direct and indirect impact of that spending. This study, the most current available, found that the Atlantic City Airshow continues to grow in spectator attendance, tourism spending, and employment year to year as the result of increased marketing, funding, and new air show acts. 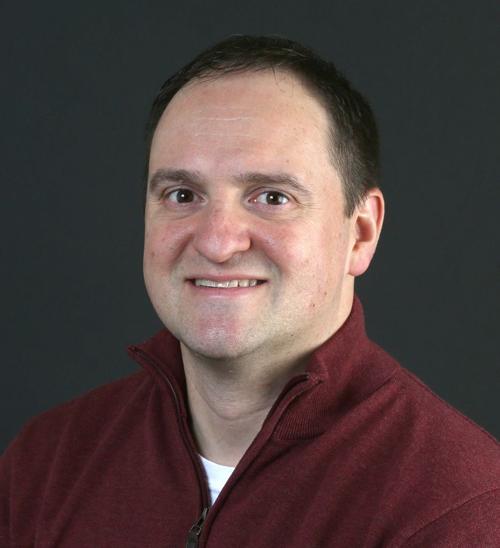 The International Council of Air Shows (ICAS), a trade group representing air show industry professionals and “dedicated to building and sustaining a vibrant air show industry to support its membership,” estimates attendance at air shows in North America exceeds 20 million annually. Air shows range in size from the multi-day Chicago Air & Water Show, where attendance is estimated to be 3.5 million, to much smaller, regional air shows such as the Oregon International Air Show which draws 65,000.

According to Perniciaro, “while the exact economic impacts are not determinable, it is clear to anyone that attends the event that the number of attendees is substantial.” He estimated that of the 500,000 that attended the 2016 Airshow, 174,960 would not have visited the region if not for the event. Anticipated total attendance at the 2022 Airshow is expected to be at least 400,000.

Using surveys of air show attendees conducted every other year for the past two decades, the ICAS has developed a profile of air show viewership in North America. They found that air show attendees are comparatively a “well-educated, affluent group of men, women and children of all ages.” According to a 2018 report produced by ICAS, half (51.1%) of spectators had attained at least a 4-year degree, a third (34.5%) had a household income over $100,000, and 44.3% were attending the show in groups that included children under the age of 18. In 2018, adult air show attendees ranged in age from 18-60+ with approximately half (45.5%) falling between the ages of 30 and 50.

The demographic profile of the average air show attendee is therefore slightly different than what we see among general visitors to Atlantic City. According to the 2021 Atlantic City Lifestyle Tourism report by the Lloyd D. Levenson Institute of Gaming, Hospitality & Tourism (LIGHT), while the ages of general visitors to the city spanned from the Gen Z (24 or younger) through Post War/WWII (76 or older) generations, most respondents (66%) identified as age 41 through 66, encompassing Gen X and the younger range of baby boomers. Despite methodology differences, this group seems to have skewed slightly older than the general air show visitor as identified by ICAS. The LIGHT study also found that most visitors to the city were traveling with a spouse or significant other or with friends. Unlike the average air show attendee groups, parties including children were not common for the general Atlantic City visitor group.

Assuming attendees of the Atlantic City Airshow have more in common with the average North American air show attendee than the general Atlantic City visitor, the airshow represents a unique opportunity for sponsors and advertisers to reach an attractive visitor demographic, which includes individuals that might not otherwise patronize the resort. The airshow, held on a date that follows the closing of primary and secondary schools, especially provides an attraction for families and youngsters that normally would not visit Atlantic City for a daylong activity.

"A Salute to Those Who Serve"

In 2022, the Air Show is trying to achieve awareness of veterans' issues by focusing the message of the airshow more on active duty and veterans. Chamber President Michael Chait said the idea to focus the message on veterans came from the Atlantic City Regional Stand Down event held in May. The Stand Down helped provide 154 homeless veterans with meals and clothing and had informational booths on employment, housing and health care options for veterans.

When considering only the 174,960 nonlocal attendees of the 2019 Atlantic City Airshow, Perniciaro estimated direct spending attributable to the 2019 air show to be $27.4 million and total output for activities related to the event to be $72 million. In 2019, airshow visitors generated 23,098 room nights, contributed $2.9 million in tax revenues, and their activities directly or indirectly supported 668 jobs. With this knowledge, the Greater Atlantic City Chamber of Commerce believes the airshow in Atlantic City could now be responsible for an estimated $60 million in city revenue each year.

Recognition for the Resort

The number of attendees and the resulting economic impacts and benefits to Atlantic City during the airshow week are substantial, but there are other, less tangible impacts to consider as well. These include improving the image of Atlantic City, focusing attention on the beach and Boardwalk, providing a family oriented venue for a full day at the shore, and providing a mid-week event at the tail end of peak season.

The media coverage the airshow brings to the resort is, according to the Impact Study, also among the biggest benefits. There were 666 news items about the airshow that appeared on various media outlets in 2019, that were available to an astonishing 823 million people due to the expansion of social media efforts. While the city has no formalized marketing effort, the chamber and its partners provide both internet as well as print information leading up to the show, which is consumed by its 500,000-plus attendees.

While it is always dangerous to predict the success of a free event that is a victim of the weather and date, the results of the 2019 economic impact study offer a glimpse of what could be expected in 2022. While exact estimates of its impact are not currently available, an event that is free, family friendly, beneficial to business, and patriotic can only be a plus for the community.