We have a terrific lineup of lecturers this semester, so please join us for scintillating lectures, riveting discussion, and the lively community participation that has kept our Classical Humanities going strong for over 45 years at Stockton!

Please mark your calendars for the following lectures:

All lectures will be held Thursday evenings at 4:30 p.m. in the Constantelos Room (Second floor of the Stockton Library)

“The Emergence of Four Gospels in Early Christianity"

“The Fault in Our Jars: Image, Allusion, and Instruction in Lucretius' De rerum natura"

"Werewolves, Spectres, and Skin-changers: Tales of Terror from Antiquity”

“The Mythology of Plants: Gods and Heroes in the Ancient Roman Garden"

Please join us! We look forward to seeing you. 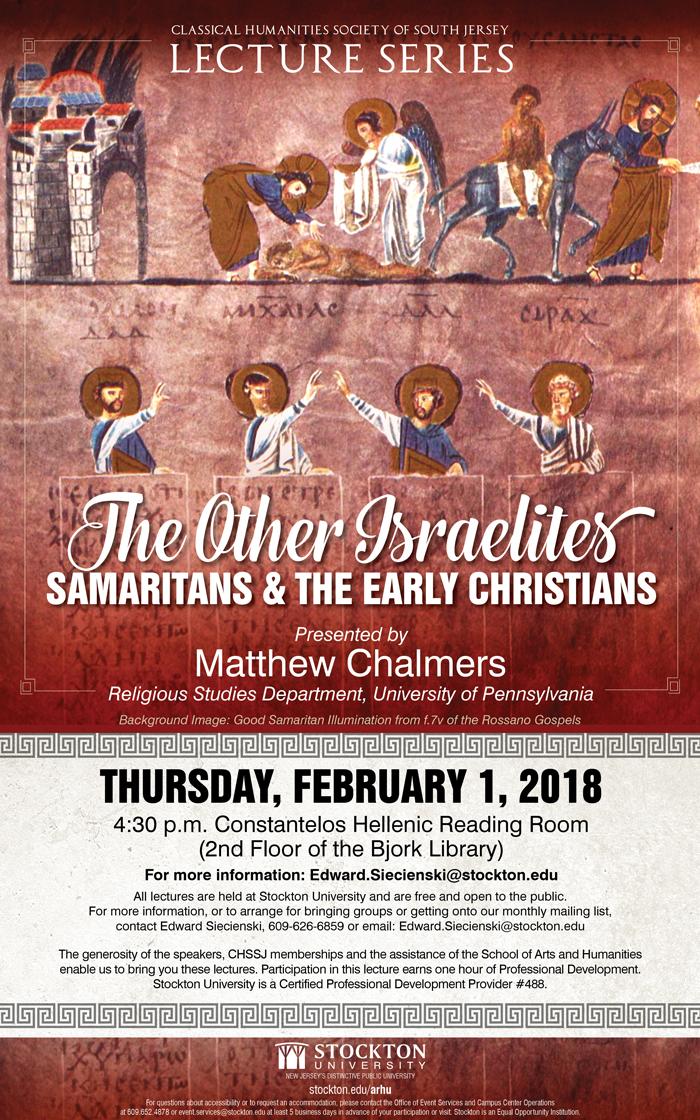 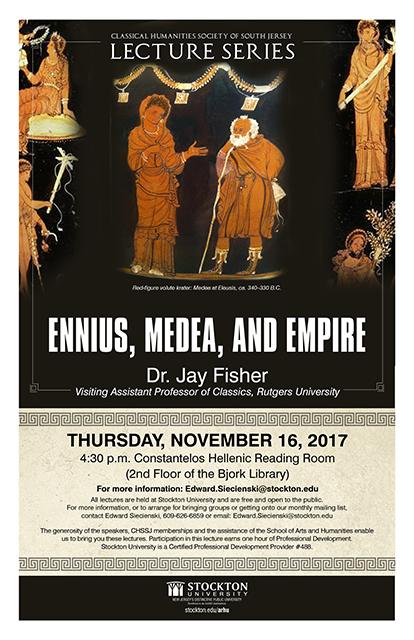 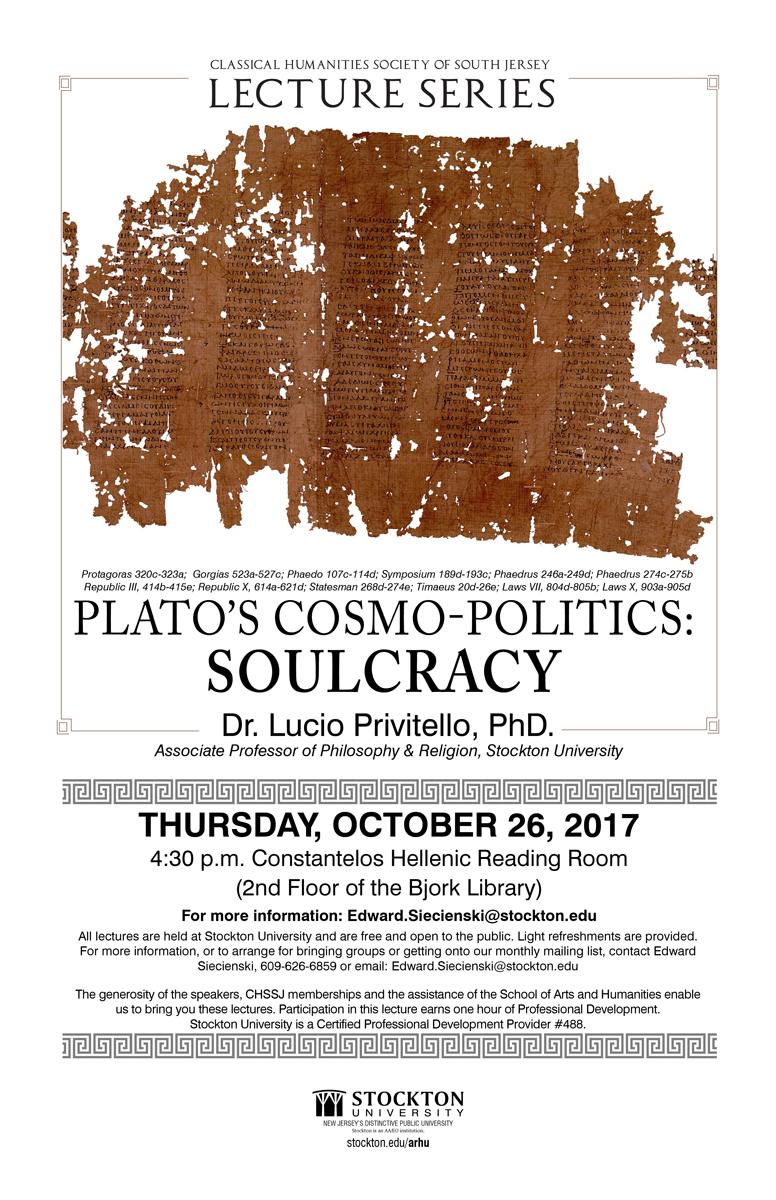 In 1972 Drs. Fred Mench and Demetrios Constantelos and some local residents, including Ida Segal of Margate, met to set up a continuing lecture series focussed on the classical world. Fred Mench was chosen president, Ida Segal vice-president, and Eleanor DiDomenici secretary-treasurer.
With financial help from the Arts & Humanities Department, about $25 per lecturer for travel expenses, and $3/year optional dues for membership for refreshments, we started bringing in eight people per year for community-oriented talks on Saturdays at noon or Sundays at 2, held in G-209.  Some of the lecturers were from the Stockton faculty (including Mench & Constantelos, but drawing on others from LITT, PHIL and HIST -- and the occasional person from the sciences), but most were establis
hed classical scholars from DE, MD, PA, NJ & NY area colleges and universities, many of them people known to Mench, but most reached by simple phone calls by Mench to U PA, Rutgers, Princeton, Temple, Monclair, U DE, Bryn Mawr and the like. Mench would call the department chairman (or someone he knew on the faculty) and ask who might be willing to come down to the new college in the pines to spread the word to Southern New Jersey. The response was amazing. There was never a shortage of people to come (some of them 2 or 3 times over the years) for the merest pittance of $25 (which some of them, waived). After a few years, Mench would call the department chairmen and ask who was new to the faculty, who might be a good speaker or to the graduate director to ask what promising PhD candidates might want to try out their topics on an audience. Potential speakers were always given free range in their choice of topic, normally something they were then working on but had not had a chance to try out on an audience. We got excellent talks and they got good questions that allowed them to add in details and ideas that had not yet occurred to them.
In the early days, we offered wine, cheese and crackers. Later, when alcohol on the campus became a problem, we switched to coffee, tea & cider, with cookies or cake. One year we had a grant that enabled us to bring speakers from a bit further (DC, Penn State, NYC), but the college has always covered our postage and helped regularly with our small expenses. Attendance has depended on weather, timing and the like, but has generally been in the 15-25 range. Almost always, the site was Stockton, but we have also used the Noyes Museum.
Mench remained president until shortly after Ippokratis Kantzios came to Stockton as our Greek person. Mench resigned in his favor and Kantzios continued in the same vein and format until he left a few years later for Florida. Mench resumed presidency for another number of years until the new Greek person, David Roessel, took over. He was followed by Lucio A Privitello, who was succeeded by Katherine Panagakos, the current president.
The lectures are always free and open to the public. If a person notifies us that they want to be on our mailing list, we send them monthly reminders. If they pay $12 (recently raised from the $3 it had been for 38 years) they are classed as members, but the privileges are the same. It was always the policy to send out a summary of the previous month’s lecture with the reminder of the following lecture.
See the companion site for the names of speakers, which include some of the best known classicists in the tri-state area. 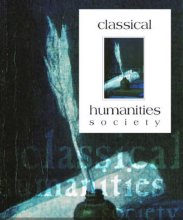 "Persian Origin of Light/ Darkness Theme in John's Gospel and the Dead Sea Scrolls" Does it ring a bell?  Did you remember to tape it?  Because unless you were here at Stockton on the third Sunday of January 1975 (and not watching the NFL playoffs at home), chances are you have no idea what I am talking about.

After looking at a list of guest lecturers for the Classical Humanities Society, someone invariably says something to the effect of, "Wow, he spoke here?"  "That's an intriguing title!"  "I wonder what she had to say."  Indeed, when the list of past speakers was compiled and prepared for this website, it seemed those questions would never be answered.  We had dates, lecturers' names and thought-provoking titles to lectures, the substance of which we could only venture guesses about.   It was like being a museum curator with a series of statue bases which had nothing more than a toe and an inscription (You see a lot of that in the basements of museums).  You would look at the toe and someone would say, 'It may be difficult to imagine it but this once supported a mighty statue of Hector of Troy.'

Then, in June of 2009, Fred Mench, one of the founders of the CHSSJ returned to Stockton, and the prospect of forever wondering what those lectures were about was, at least partially, shelved.  He passed on several dozen old Apple computer 3- and 5-inch floppy discs (with no guarantee that they would work) which contained summaries of past lectures written by him and later guests.  The news hit me like a headbutt from Hercules.  I was excited by the prospect of somehow reuniting the CHSSJ, the scant information found in cleaned out filing cabinets, the names and work of those very real and very passionate lecturers and their part in our series.  The website seemed a new Acropolis museum which would bring together again pieces not intended for separation.  The problem, of course, was in the retrievablility of the information on the discs. Surely an old and fully functional Macintosh existed somehwere!

It is not in any way an exaggeration to say that the generosity of the speakers we have had over the years has been matched in every way by that of the local, state and general Macintosh users communities. On the floor and tables of my den at home are cables and consoles representing twenty five years of Apple Computer hardware lent / given me to assist in data retrieval.  Some of the files have been brought back by simply being viewed and re-typed onto a laptop.  The process continues and will be documented at a later time but I am extremely excited to announce that some files have been recovered and will be posted here for your enjoyment and enrichment as they become available (and thus, in no particular order). Please return to this site for news on the latest find. On the list of past speakers page, entries in red will link to a summary.

We now have at least have Praxiteles' Hermes and the infant Dionysus.  Let this be good enough for now, as we are unlikely to ever see the grapes! As of October 20th, forty summaries are posted. Click here to see them. 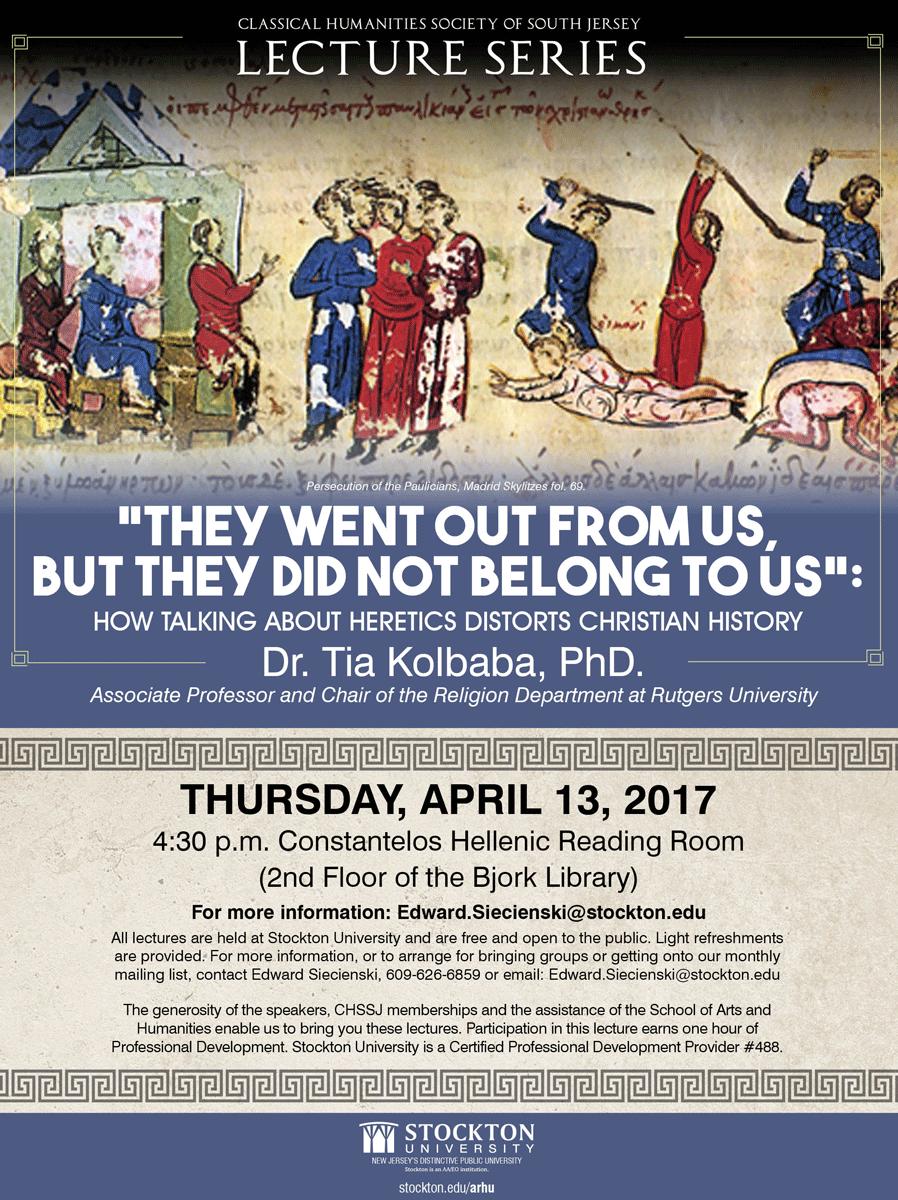 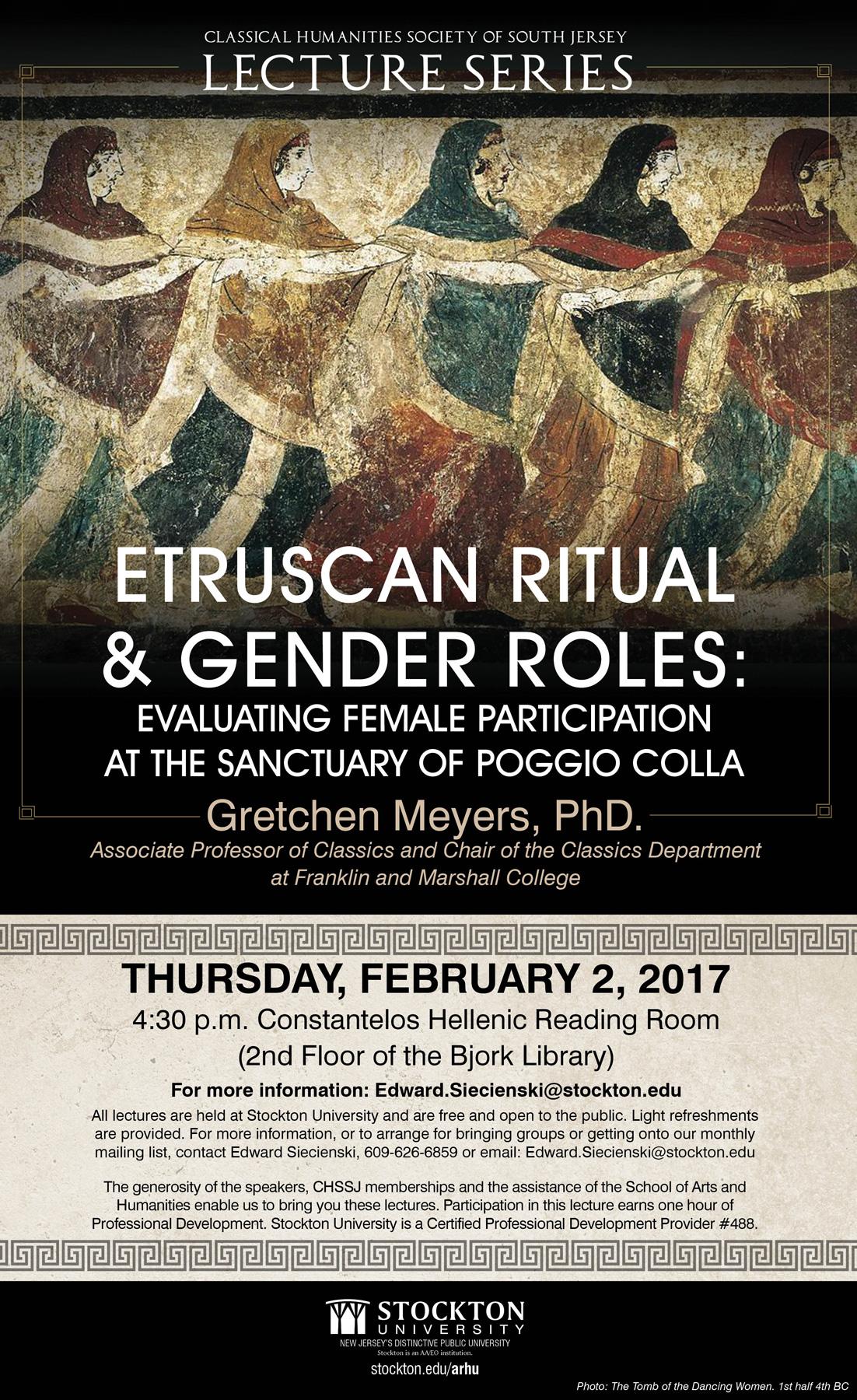 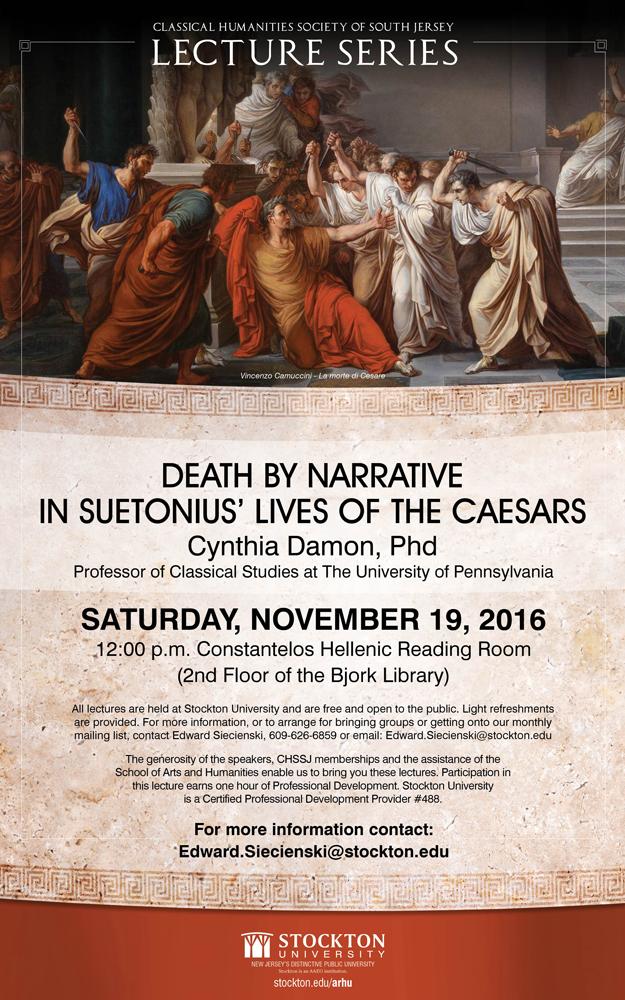 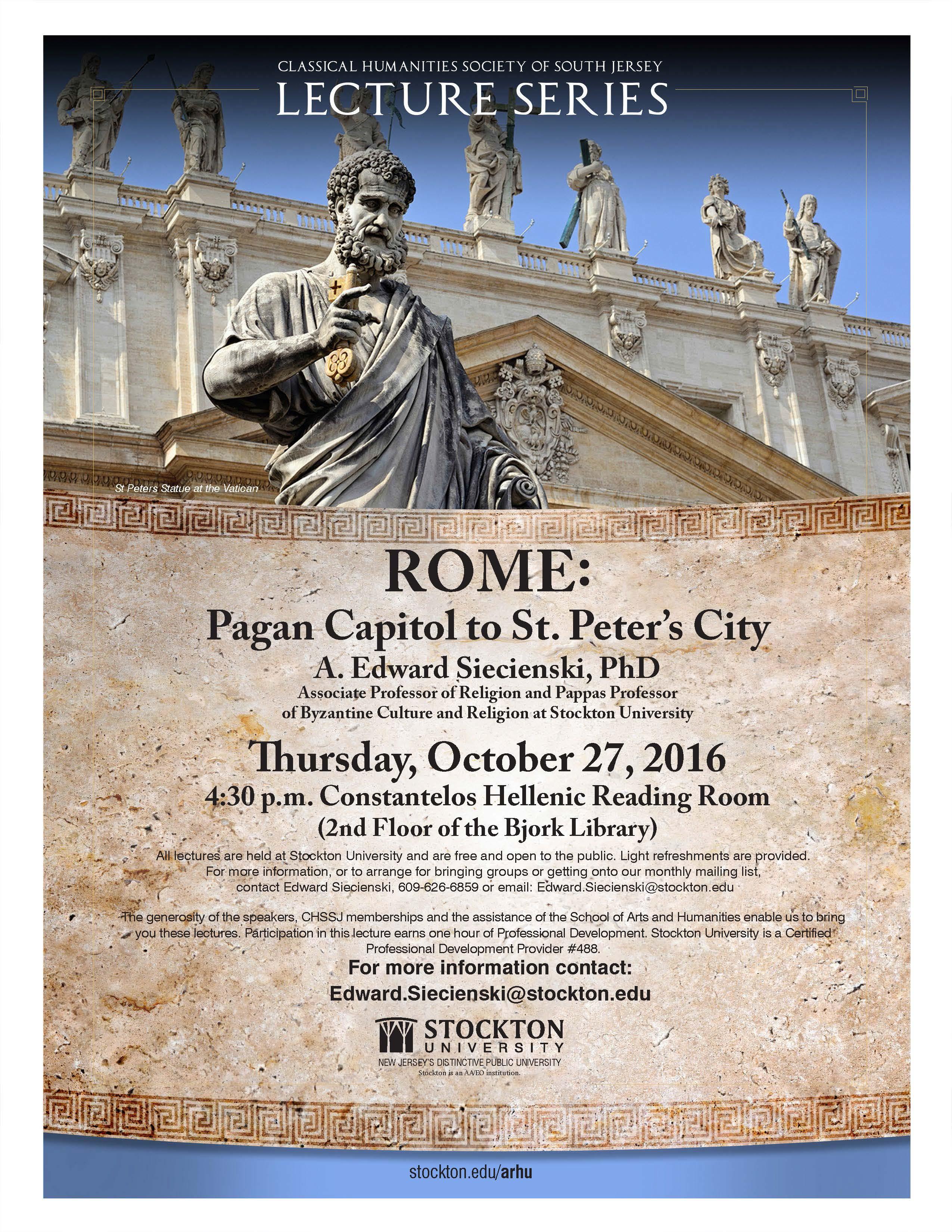 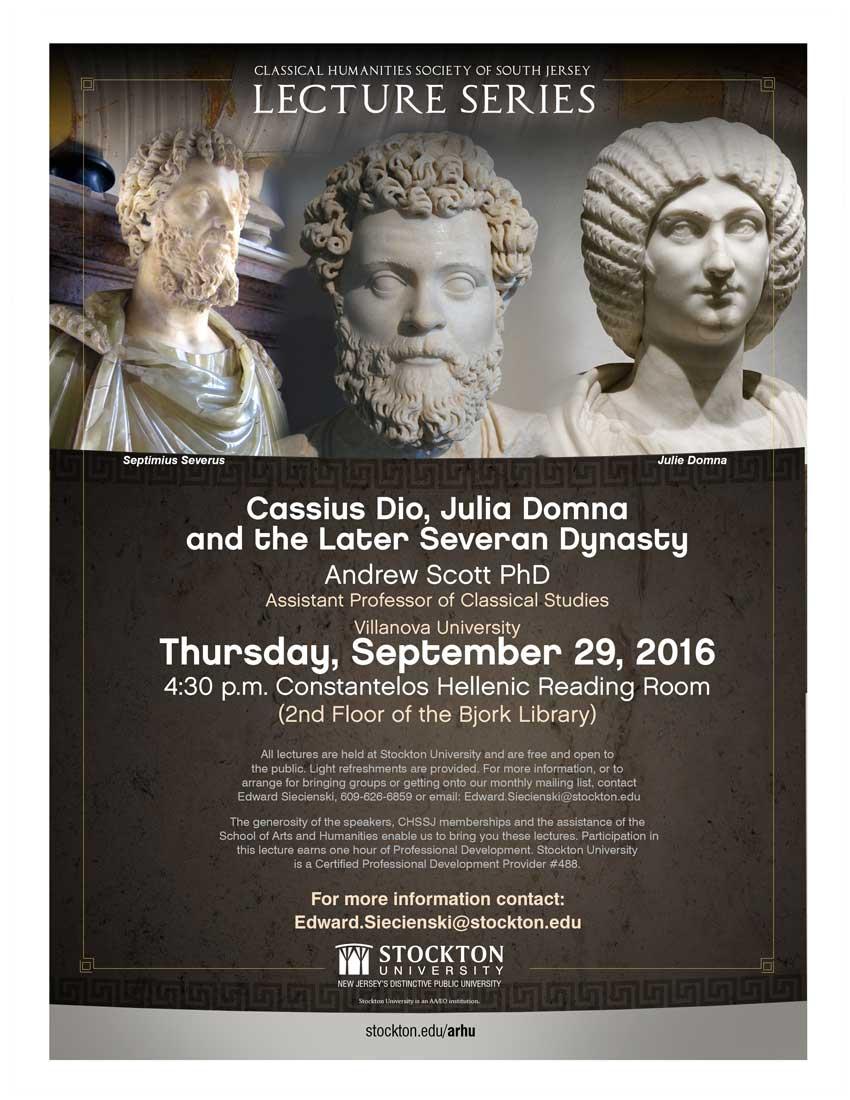 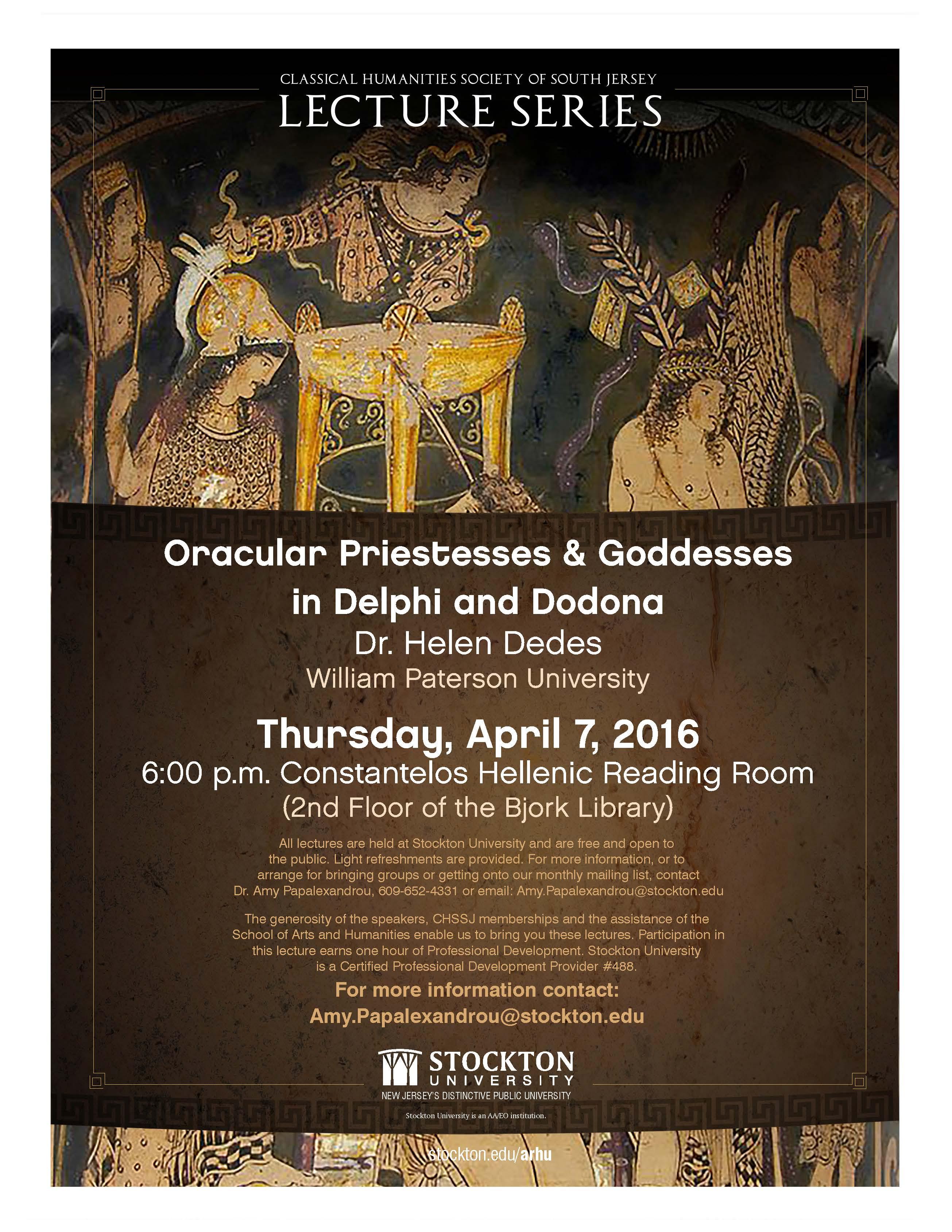 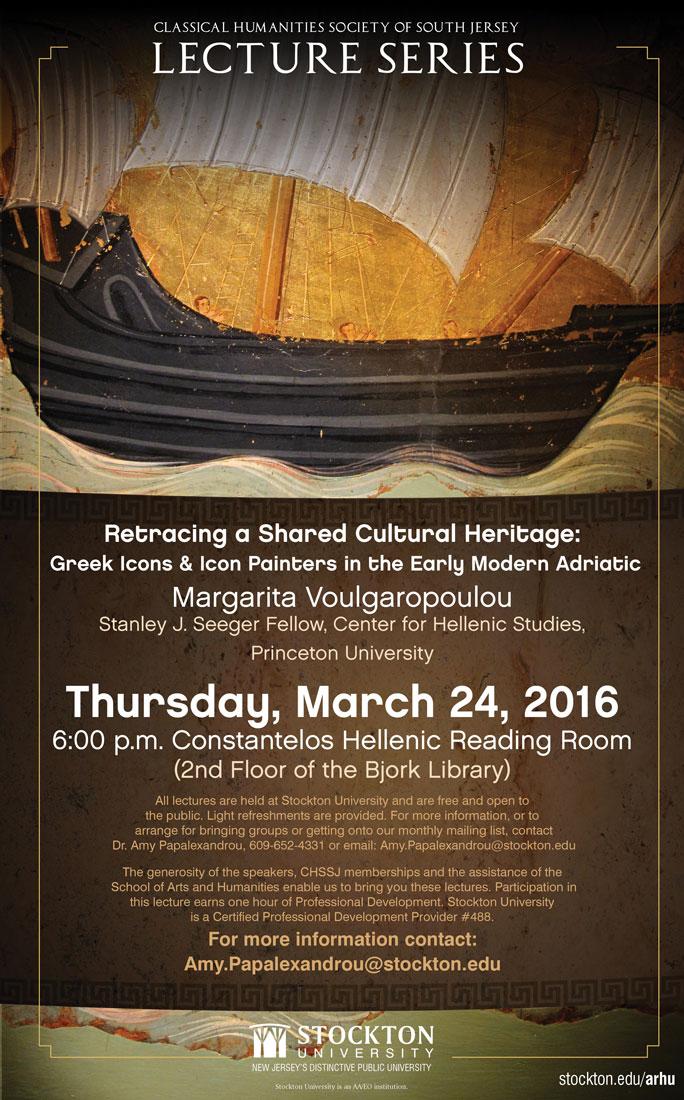 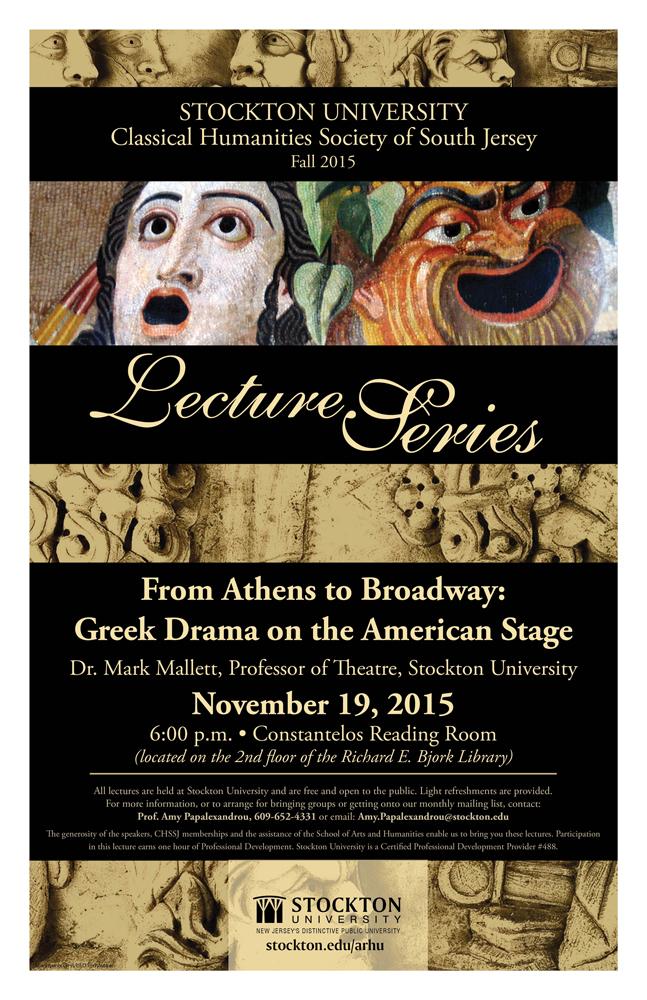 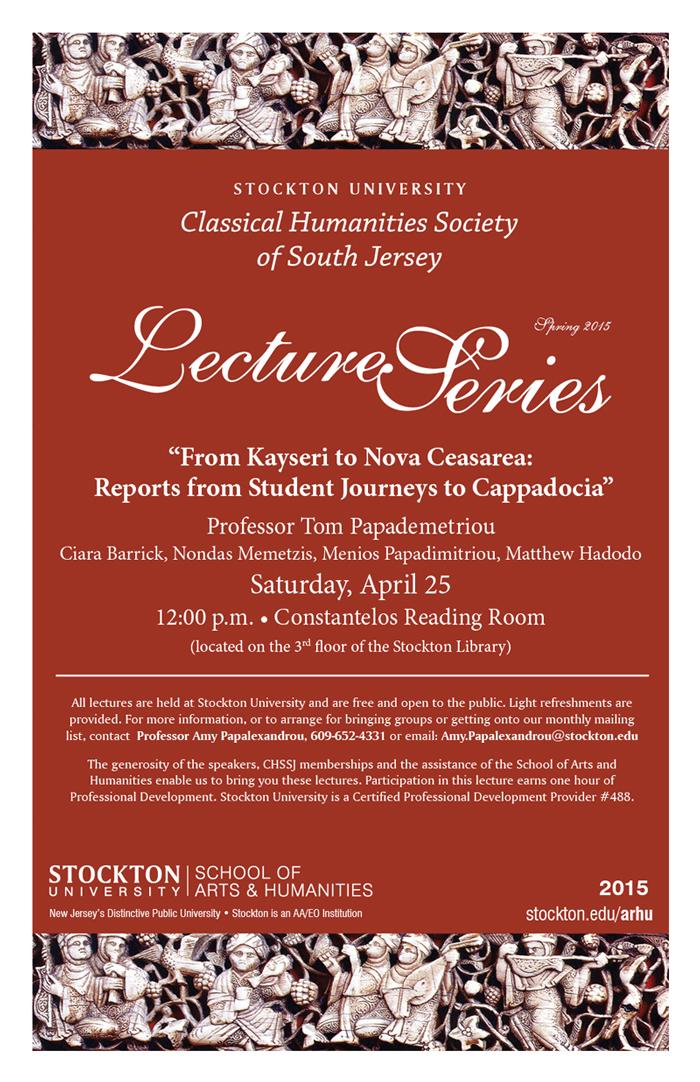 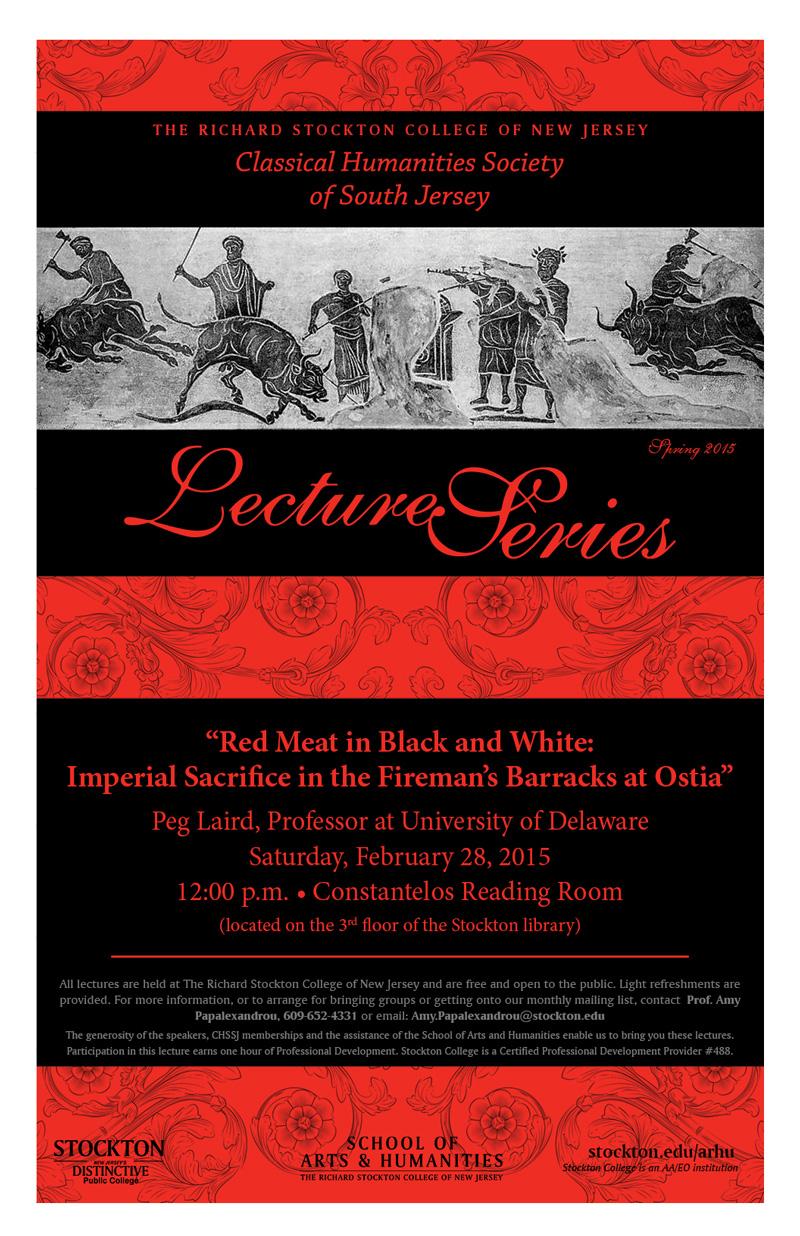 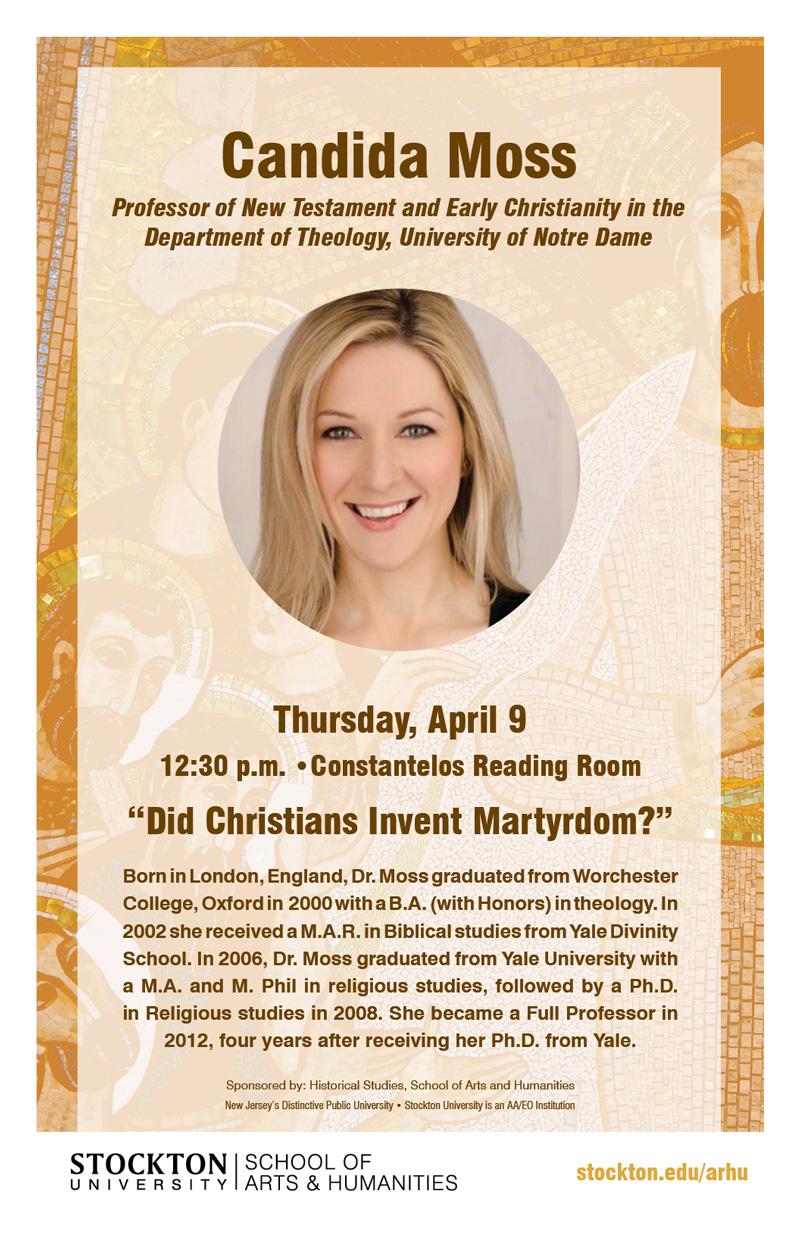 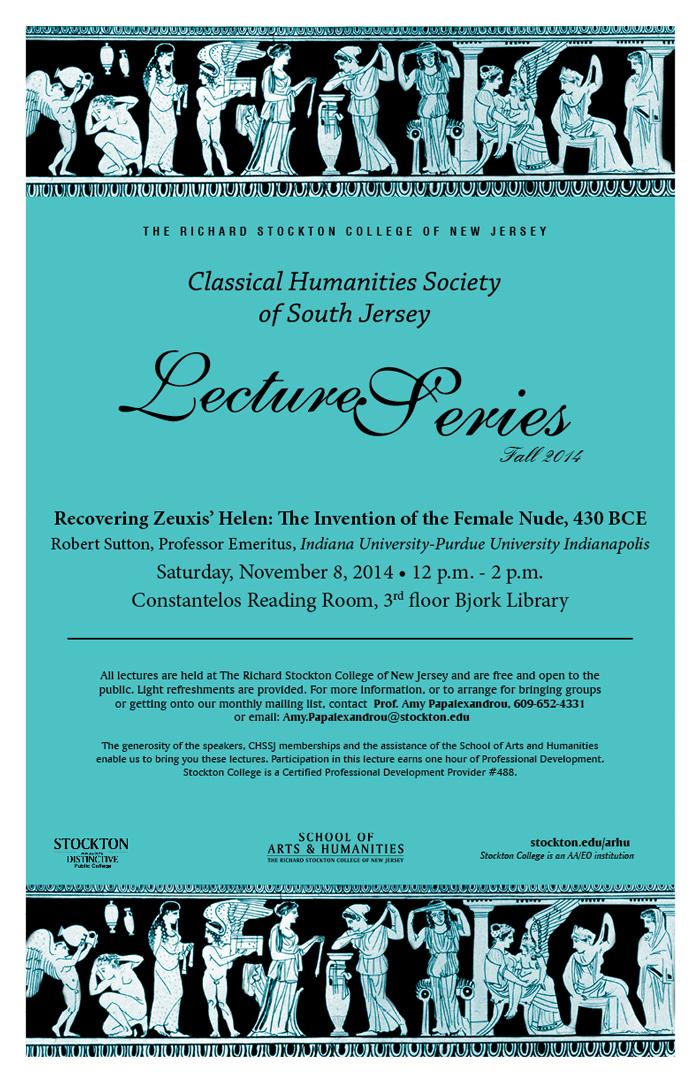 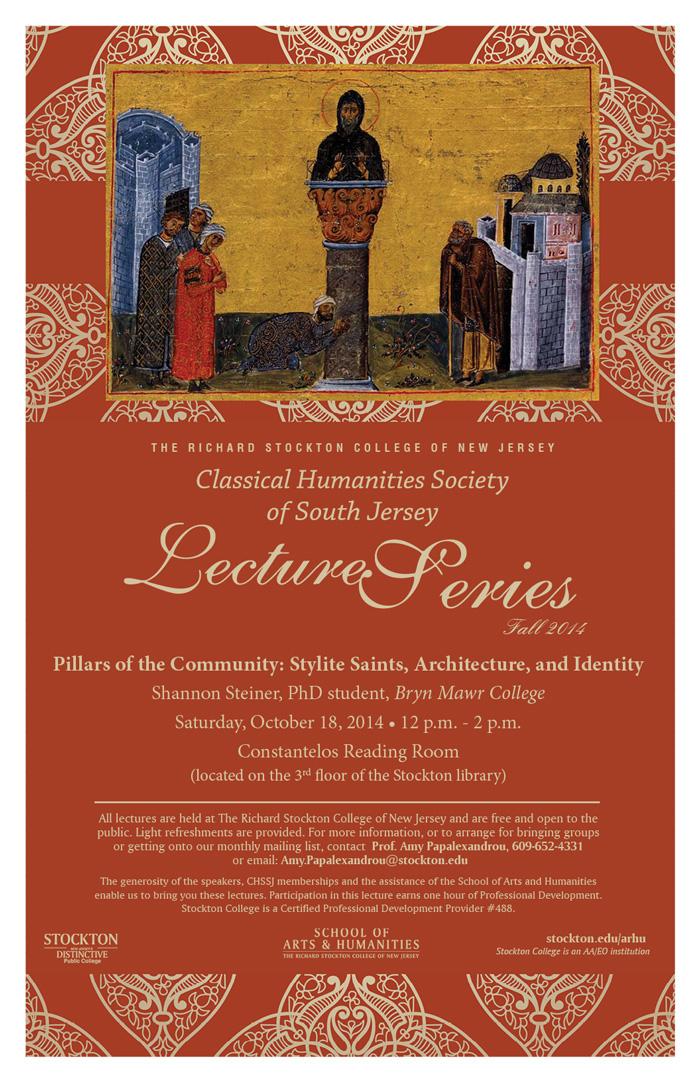 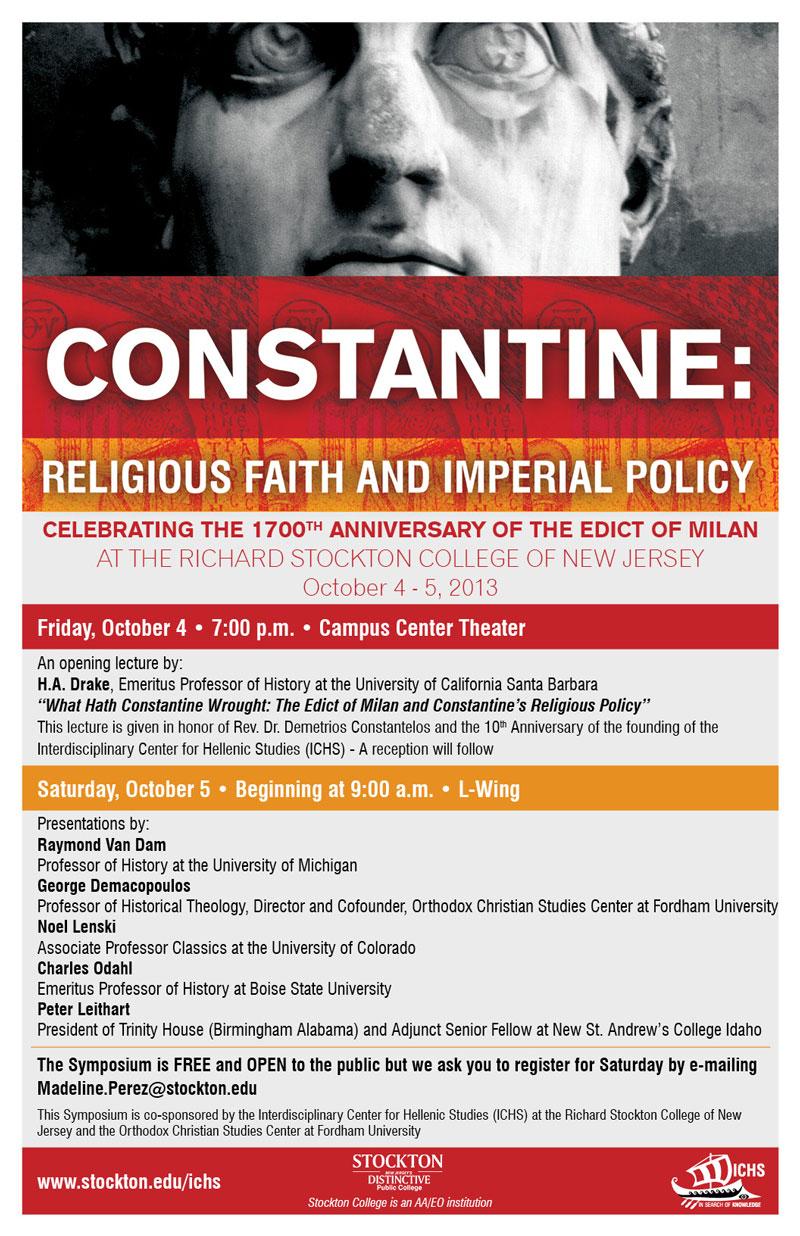