This Master Plan 2020 Update has been prepared to address the needs of Stockton University based on the projected Full Time Equivalent (FTE) Enrollment exceeding the original estimates made in the 1990 and 2010 Master Plans.

The preparation of this document has been an ongoing and evolving exercise with input from the Stockton President’s Office, the New Jersey Pinelands Commission, Galloway Township Government, Stockton Facilities Planning and Plant Management staff, a shared governance Space Management Committee comprised of Academic and Student Affairs staff, faculty, and students, and environmental consultants contracted by Stockton (Marathon Engineering). 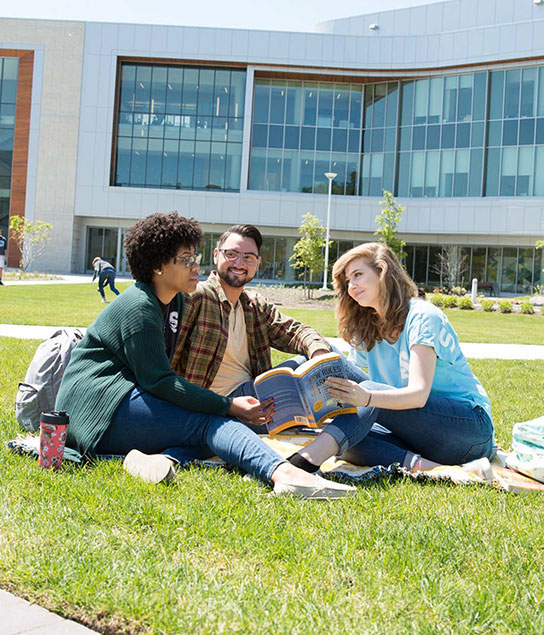 We have attempted to address the concerns raised by all interested parties during the development of this document, and so in its entirety, this Master Plan Update represents Stockton’s best efforts to balance sometimes-competing concerns. It also addresses applicable environmental regulations and statutory requirements of Stockton as a State Agency.

It is important to note the substantial growth of the population in the South Jersey region, which was not considered in the development of the 1990 and 2010 Master Plans. Nor were changes in laws and regulations in higher education requiring academic curricula changes considered. The population increases and demands to provide academic programming led to growth in student enrollment, and subsequent increases in staff employment and buildings.

The first step was an evaluation of the existing facilities and their ability to support the current and future mission of Stockton. The facilities on the Stockton campus in 1990 were designed to support an FTE enrollment of approximately 5,000 students.

The 2008-2009 FTE enrollment was over 6,000 students. Accordingly, there was an immediate need to support a larger than anticipated enrollment.

The new Campus Center helped to address a portion of that need, as did completion of the Housing V complex. In addition, the completion of the Unified Science Center, Unified Science Center 2, Health Sciences Center, Kramer Hall, Sam Azeez Museum of Woodbine Heritage, Stockton University at Manahawkin, Stockton Marine Field Station, Atlantic City Academic Building and the Atlantic City Residential Complex will serve to support the projected growth of Stockton over the next decade and beyond.

In 2005, Stockton prepared an in-house Master Plan focusing on the Academic Core Area which proposed replacement of the large existing surface parking lots with green space, buildings and parking garages. The “campus green” began construction in 2011 with the Unified Science Center and followed in 2015 with the construction of the Unified Science Center 2 and the Health Sciences Center. It is anticipated in future budgets to construct the fourth and final building on the Academic Quadrangle. The Academic Core is a previously developed area, so there is no impact to any wetlands, buffers, or critical habitat for threatened and endangered species; in fact, this Master Plan Update reintroduces substantial green space and pervious surface to a previously developed area.

To address the needs of Stockton into the next decade and beyond, this Master Plan Update proposes development in some areas of the Stockton property that are currently undeveloped.

The detailed descriptions of these areas is included in later sections of this report. In order to justify development of these portions of the Stockton property, the areas were evaluated based on existing zoning, identification of environmentally sensitive and valuable areas (wetlands, buffers and threatened and endangered species habitat), available infrastructure to support the development, and a balance of the land to be developed against land to be preserved.

As described in later sections of this report, Stockton took steps to purchase land adjacent to the main campus property solely for preservation purposes to help offset negative environmental impacts as we develop land. Stockton also coordinated rezoning of the Stockton property based on environmental investigations performed by the Pinelands Commission and Stockton consultants, identified areas that should be preserved, and determined areas that could support development based on environmental sensitivity and available infrastructure.

In the 1990 Stockton Master Plan (p. 21) it was noted that the basic principles behind this Land Use Plan are 1) a portion of the site is appropriate for the future growth of the College and medical facilities located there, and 2) the remainder of the site is to be protected by limiting development to low-intensity and/or conservation oriented uses.

Given significant changes in Stockton’s needs, the 2010 Master Plan changed and clarified the meaning and extent of these earlier statements. However, it is clear in the 2020 Master Plan Update that the majority of lands on Stockton’s campus will remain permanently preserved and effectively protected by deed restriction.

Upon approval of this Master Plan Update, Stockton foresees development of specific projects included herein to take place over a period of decades. The detailed design phases for the different development areas and individual buildings and facilities within those areas will be a process deserving of thorough exploration that includes all major stakeholders, namely Stockton students, faculty, staff, and the broader South Jersey regional community. Additionally, the funding and financing process required to develop such projects will undoubtedly take time.

To that end, Stockton proposes this Master Plan Update to be the document that guides development over the next 10 years and serves as the guiding mechanism for Pinelands Commission approval of the individual construction projects described herein.

It is our understanding that since the detailed technical issues of Subchapters 5 and 6 of the Pinelands Campus Master Plan related to threatened and endangered species critical habitat and freshwater wetlands and buffers were previously completed on a regional scale and approved by the Commission, those issues will not be reviewed in detail within this Master Plan Update.

Additionally, a Stockton Forest Management Plan (SFMP) as well as a Stormwater Management Plan (both campus-wide studies) have been provided and approved as addenda to this Master Plan Update to provide documentation of compliance with the remaining technical issues in Subchapters 5 and 6 of the Pinelands Campus Master Plan.

Accordingly, since no other detailed technical issues will need to be addressed, it is our understanding that Stockton need only provide the Commission with documentation for each project describing the proposed work to demonstrate compliance with the Pinelands Campus Master Plan and this Master Plan Update.

This is, at minimum, a 10-year plan update. It is important that aspects be certain for the entire period of the plan. These are the development area footprints set aside for existing and future development.

Other aspects can be reexamined periodically but should be set aside until, and if, substantial new information is available. These include wetlands buffers, set at 300feet for the new development area footprints in this plan, and findings on critical habitat for the endangered and threatened species. Both topics can be reexamined if substantial new information is available. The former standard (wetlands buffers) provides 10-year certainty for the Pinelands Commission; the latter (T & E critical habitat findings) provides 10-year certainty for the University’s planning.

Still other aspects are merely illustrative and do not bind the University or the Commission. Building types and footprints within the development areas fall into this category.